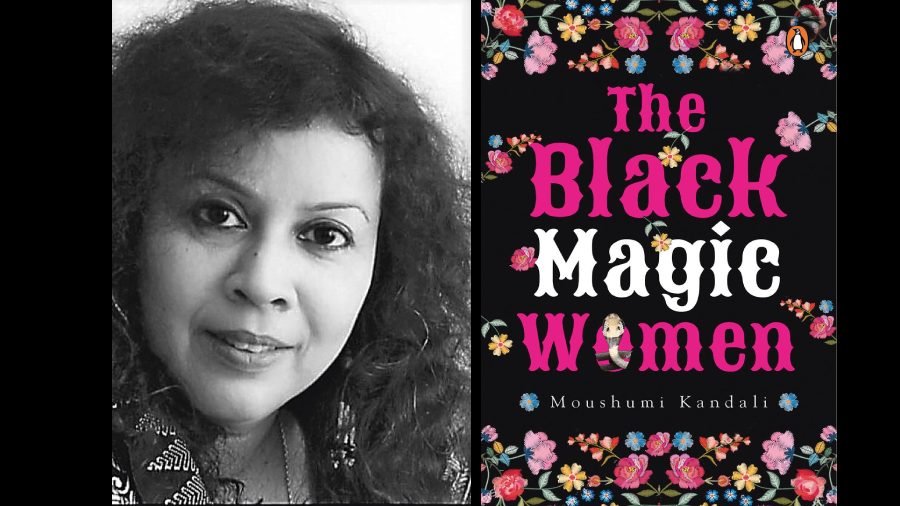 A collection of short stories about Assamese women, translated by Parbina Rashid

MOUSHUMI KANDASAMY:: For those who still believe in love…

Perhaps I had really heard it. Or imagined it? I did hear it. Just once. Just outside the window. Slicing through the shell of the night, it came out of its deep womb, and the throaty sound made the air vibrate. What a rude, screeching pitch, originated from the high octane of musical notes. Though I had heard it for the first time, I was sure that it was the sound.

Early in the morning, in a voice trembling with excitement, I told my father, ‘Last night I heard the sound of a peacock, father.’ Father was sitting on the dhurrie in the puja room, with the oblong copper vessel filled with water and the bell metal plate containing blades of grass and milky white durun flowers in front of him. In the morning, when the fog and sun played hide and seek over an area which bore no evidence of a peacock living within miles, my father received this piece of news quietly and stared at me. Giving me his usual poignant smile, he said, ‘Really? How nice. You are indeed lucky. They must be around. In the deep jungle and hills, there must be a peacock, hiding away from us, dancing around with its open feathers. Do you know, according to the Jatakas, Gautam Buddha, in one of his early incarnations, was born as a peacock. A golden peacock.’

After completing his recitation, he picked up the water vessel and the puja thali, and walked towards the courtyard, but stopped for a second to talk to himself, ‘Anything surreal we get to hear, we hear only at midnight. Anything incomprehensible that happens, happens only at midnight. At the junction of subconscious and unconscious, dream and illusion, we stand face to face with them.’

Certain incomprehensible incidents do take place in the daylight too. Like what had happened the previous day, prior to the night when I had heard the peacock. It was between ease and uneasiness. Class seven is when childhood dignity was giving way to a hint of adolescent fancy. The time to make a desperate attempt to hide the two fast-developing conch-flower buds by gathering the white shirt in the front, above the long blue skirt. Two plaits neatly tied with red ribbons culminating in flowers managed to shield those buds. Droplets of sweat that had accumulated on the forehead were tickling the black bindi between the brows, the bindi we had made by rubbing the flat end of a big nail on the cooking pan to blacken it by the smoke from the earthen hearth and oil. Decked up with the bindi and two neat braids, as I was walking across the playfield towards the tube well to drink water during recess, the air buzzed with thousands of black bumble bugs. God alone knows where the bumble bugs like black clouds came from and covered the entire sky. Looking up, I saw him. The tall, lanky boy who had come from the lower Assam area and joined Class 12 at our school. The time after had neither a beginning nor an ending. The buzzing sound of those black bugs was fast turning into a thunderous noise. He grabbed my hand tightly. In his solid grip, my fingers looked like a closed night queen flower. In a sudden move, he inserted a long needle-like thorn from a hiju tree into one of my fingertips.

‘What are you doing, hey, why are you doing this . . . what’s this?’ The question did not leave my lips. I was silently trembling. The question came like an arrow from our English teacher’s lips. He was like a fresh whiff of breeze from the river. Intelligent and sensitive, he was a young man who, after completing his graduation from the most famous college in the state, had come to replace Ajaya baideo for three months. After childbirth, baideo would be back and sir would go away for further studies in the national capital. Sir was different. After classes, he would take us on a wandering and wondrous trip of history, culture and philosophy. He loved poetry. From him we heard, for the first time, about Lorca, Neruda and Ghalib. Our day is a green apple cut into two, he would recite. We learnt how Van Gogh had chopped off his ear and,holding that bloody ear, had run into an obscure dark dismal room of a brothel.

His face wore the look of a dark, dingy brothel room. ‘Why did you do such a heinous thing? I won’t punish you. I won’t even tell anyone, but you tell me honestly, why did you prick her finger with that hiju thorn? Why didn’t you give her hiju flower instead?’

Listening to Sir, the boy’s eyes welled with tears. He looked at me and then at Sir, and fished out a green guava from his pocket. ‘I had actually called her to give her this. I don’t know what happened to me.’

I looked at the guava. It was a strange fruit. The outside was raw green. Inside, bright pink like a godhuligopal flower. Looking at the outside, it was difficult to imagine that the inside would be so ripe and pink. He said his uncle had a baby parrot for a pet. Whenever he looked at it, he felt like caressing its head and chest, but as soon as he held it in his hands, his heart would do somersaults, he would feel like twisting its neck and chewing it alive. She reminded him of that baby parrot.