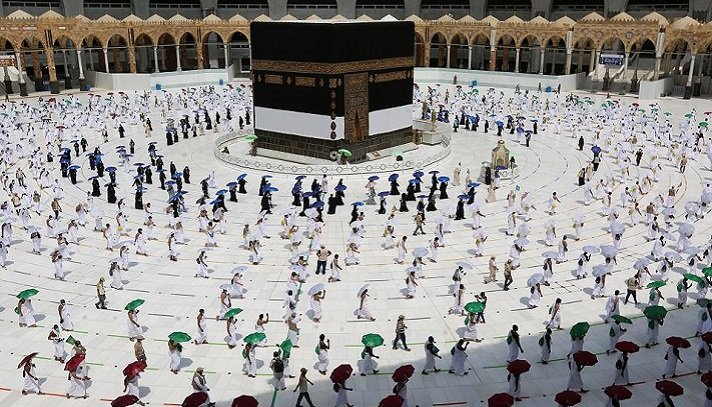 Around 60 thousand Bangladeshis to be allowed for Hajj this year

Some 57,856 Bangladeshis will be able to perform Hajj, the pilgrimage to the holy city of Mecca in Saudi Arabia, this year.

State Minister for Religious Affairs Md Faridul Haque Khan said this while speaking at an iftar mahfil in Islampur Upazila of Jamalpur district on Wednesday.

The state minister disclosed this, citing the information received from the government of the Kingdom of Saudi Arabia (KSA).
He attended the iftar mahfil as the chief guest. Partharshi Union unit of Awami League organised the mahfil.

Earlier on Saturday, the KSA government announced that it would permit one million Muslims from home and abroad to participate in Hajj this year.

The news made millions of Muslims across the world hopeful of attending hajj this year as they have been barred from performing the ritual since 2019.

The Hajj, one of Islam’s five pillars, must be performed at least once in the lives of all Muslims who have the means.

Hajj is regarded as one of the world’s largest religious gatherings. Around 2.5 million people took part in the religious ritual in 2019.

But after the onset of the coronavirus pandemic in 2020, Saudi authorities allowed only 1,000 pilgrims to participate.
The following year, they upped the total to 60,000 fully vaccinated Saudi citizens and residents chosen through a lottery.

The pilgrimage scheduled to take place in July will be limited to vaccinated Muslims under age 65.