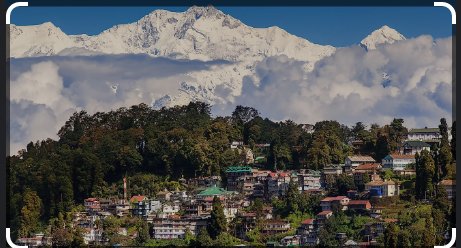 On Tuesday, chief secretary H.K. Dwivedi decided to extend the month-long fifth edition of Duare Sarkar and Paray Samadhan campaign, which started on November 1, till December 5.

This morning (Friday) we received the chief secretary’s order that the outreach camps will be held till December 31,” said an administrative source.

Although the extension is seen as a fallout of chief minister Mamata Banerjee’s visit to the Sunderbans, where she felt many people had not received all benefits of the outreach, the decision has brought relief to thousands in Darjeeling.

This is because hill residents are lining up to clear their electricity dues following the state government exemption.

The state government in October decided to waive the late payment surcharge (LPSC) along with 50 per cent on the outstanding electricity dues billed till December 31, 2018, which together totaled over Rs 250 crore covering 1.4 lakh consumers.

The exemption, however, can be availed only at Duare Sarkar camps.

“One needs to fill up a form at the Duare Sarkar camp following which a consumer receives a text on their phone. On receipt of the message, the electricity dues have to be cleared at the WBSEDCL office,” said a resident.

Some residents were aggrieved that many electricity offices did not take cheques and insisted on cash.

The Bimal Gurung-led Gorkha Janmukti Morcha, during its Gorkhaland agitation, had asked hill people to stop paying electricity bills from April 1, 2008, as part of their “non-cooperation movement” till a pact was signed to set up the Gorkhaland Territorial Administration in July 2011.

District officials said that currently residents were lining up to clear the bills.

“Hence, the new Duare Sarkar camp extension comes as a major relief to many people like us,” said a resident yet to clear his dues.

Earlier, although the West Bengal State Electricity Distribution Corporation Limited (WBSEDCL) did not force hill residents to clear the electricity dues, the unpaid bills still caused inconvenience when people tried to transfer electricity connections on properties for sale or mutation or apply for a new connection.