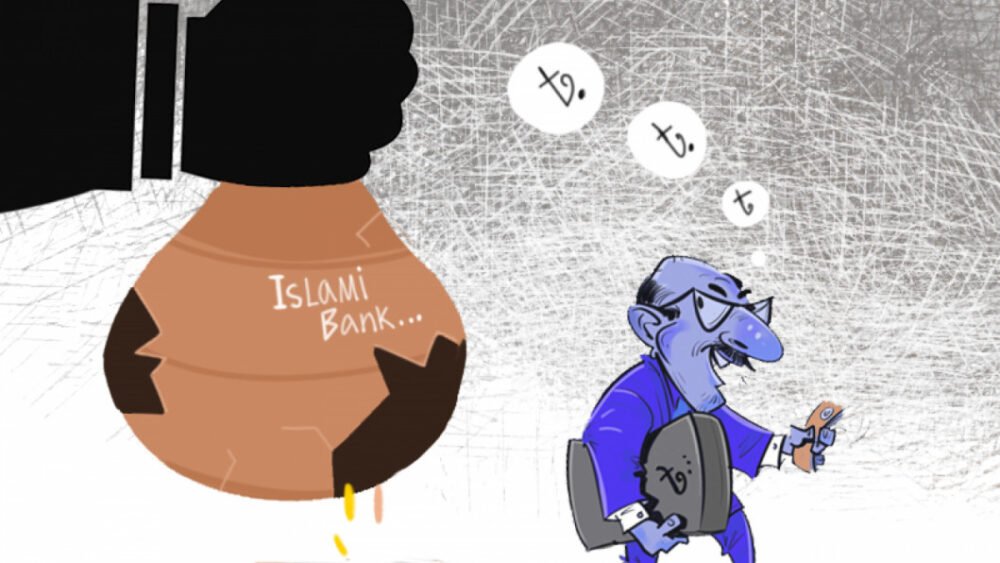 When the Awami League came to power in 2009, the amount of defaulted loans stood at Tk 22,481 crore. During its tenure in the government, that amount increased to a mammoth Tk 134,396 crore as of September 2022. This happened despite the government repeatedly providing scope for defaulters to reschedule their loans and allowing for the real amount of defaulted loans to be understated through accounting manipulation which, if calculated properly, might amount to more than Tk 2 lakh crore, according to Selim Raihan, executive director of the South Asian Network on Economic Modelling (Sanem).

Even the judiciary, which has not always had a stellar record in holding the executive branch accountable, has repeatedly expressed its disappointment at how different government institutions have failed to hold those responsible for the rising non-performing loans (NPLs) and financial scams to account. The High Court, for example, reprimanded the Anti-Corruption Commission (ACC) on November 9 for its failure to complete the investigation of any of the 61 cases filed seven years ago over the misappropriation of more than Tk 4,000 crore from BASIC Bank branches. The court also chastised the commission for not prosecuting and arresting the main perpetrators, i.e. former chairman of the bank Sheikh Abdul Hye Bachchu, his associates, and the bank’s board of directors.

The commission had filed cases against 153 junior officers in 2015 over a series of defalcations that nearly bankrupted the once profitable bank. But the bank’s former chairman escaped prosecution in all of the cases, despite him being involved in the scams, as per the investigations of the Bangladesh Bank and the Office of the Comptroller and Auditor General (CAG). Similarly, the court also said that the fleeing of PK Halder, another major embezzler, from the country, even after the court slapped a travel ban, spoke of an unholy entente between different agencies to save the perpetrators of such crimes.

It has also been reported that bankers, including top officials of the Bangladesh Bank, have helped many perpetrators of embezzlement and other forms of corruption to benefit from such malpractices. The High Court, in fact, had ordered the ACC to take actions against 249 Bangladesh Bank officials, including three former deputy governors and six executive directors, involved in a number of financial scams worth Tk 3,700 crore, but to no avail.

On November 27, a High Court bench, while hearing a bail petition of a former official of Shahjalal Islami Bank Limited, which extended a loan of Tk 110 crore to the Bismillah Group, observed that the ACC was preoccupied with catching petty criminals instead of the big ones. In most cases related to embezzlement and shady loans, the ACC had failed to bring the perpetrators to justice – the owners of Bismillah Group, which took about Tk 1,200 crore from five banks, for example.

Recently, the New Age reported that the Chattogram-based S Alam Group had taken more than Tk 30,000 crore from the Islami Bank Bangladesh Ltd (IBBL), which the business group controls, despite the group only being entitled to borrow a maximum of Tk 215 crore from the bank as per the existing rules. According to a Bangladesh Bank audit report, the group used its influence in the bank’s board and management to obtain the loan mostly through unethical mechanisms. The New Age report also quoted a senior Bangladesh Bank official as saying that the central bank did not allow its officials to conduct inspections freely into banks controlled by the group for unknown reasons. Nor did it approve their inspection reports and take action based on them.

Despite being one of the most profitable banks in Bangladesh in the past decade, Islami Bank had an observer on its board the whole time it was doing well financially. Usually, the central bank appoints such observers in banks whose financial health is poor – the observer is then withdrawn once the bank’s financial health improves. But, as this daily reported on December 1, the opposite happened in the case of Islami Bank. The Bangladesh Bank observer in Islami Bank was withdrawn in March 2020 without any explanation and, ever since then, the bank has been caught up in all sorts of irregularities and chaos. Was that a coincidence?

According to Mustafizur Rahman, distinguished fellow at the Centre for Policy Dialogue (CPD), the central bank’s decision to remove its observer allowed scamsters to take loans, ignoring banking norms. If we deeply analyse the other financial scams that have occurred over the last decade, nearly all of them have the same story. And these stories draw a pattern.

The pattern seems to be, as the High Court observed, that an unholy nexus of powerful people has been aiding and abetting financial criminals – some of them powerful individuals or groups themselves – to commit crimes that are ruining the financial health of our banks and is pushing the overall financial sector into the abyss. And this has been going on for so long that, at this point, it has become quite clear to everyone – except for the finance minister, it seems.

But the finance minister himself should have been aware of this – firstly, because it is his job, and secondly, because his predecessor himself had admitted in parliament that what was happening in the financial sector was plain and simply “dacoity.” And that these dacoits could not be held accountable because they were being backed by his own party members.

Unfortunately, within the government at present, no other official seems to have the courage to admit what the former finance minister did – certainly not the current finance minister, who apparently seems unaware of what is going on in our financial sector. As for the government, it seems to be hell-bent on pursuing the policy of saving the perpetrators which, if it continues down its current trajectory, will ultimately end up destroying our economy.

Eresh Omar Jamal is assistant editor at The Daily Star. His Twitter handle is @EreshOmarJamal