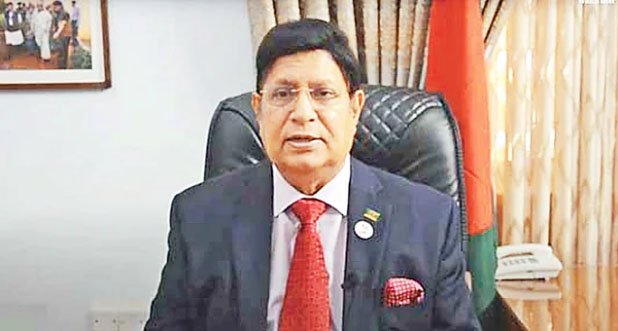 Among many other issues, US sanctions on RAB, extrajudicial killings, steps the government has taken to curb enforced disappearances and ensuring rights were discussed in the Bangladesh-USA partnership dialogue. Rozina Islam took an interview of foreign minister AK Abdul Momen about this.

Rozina Islam: What has been discussed about the Digital Security Act in the partnership dialogue?

Abdul Momen: What we immediately thought is to take actions regarding the Digital Security Act (DSA). Earlier, the law had been abused. To avoid its recurrence, a decision has been made that a permission has to be taken before making any arrests under the DSA. The law minister has already informed the relevant people. The US has lauded the step. Every country has laws like this. But sometimes over enthusiastic people in our country abuse those (laws). We are now cautious so that no such incident takes place.

Rozina Islam: What has the US said about the withdrawal of sanctions on RAB?

Abdul Momen: The US said they can’t lift the sanctions all of a sudden. This has a process which is long and complex. We have to go through the process. But they are happy that no people died in the hands of RAB in the last three months.

Rozina Islam: What has been discussed about the allegations of enforced disappearances?

Rozina Islam: Have you mentioned any step that the Bangladesh side would take so that the US could withdraw the sanctions?

Rozina Islam: What steps did you mention to ensure accountability of RAB?

Abdul Momen: Some of RAB members have faced punitive actions because of doing excess during carrying out duties. At least 270 RAB officers have been demoted on different allegations. Incidents of sacking are also there. RAB officials were awarded different jail terms including a death sentence in a case filed against them. When RAB kills someone, a legal procedure is taken against the incident. We told them (the US), RAB curbs terrorism and human trafficking. Why did you impose sanctions on the force that is fulfilling their (the US) global target? We have handed over to them a comparative picture of missing people or victims of enforced disappearances in different countries. The United Nations said 76 people have gone missing in Bangladesh. But the number is 16,500 in Iraq while the number is 6,500 in Sri Lanka. The number of enforced disappearances in other countries is huge.

* The interview, originally published in the print edition of Prothom Alo, has been rewritten for English by Shameem Reza