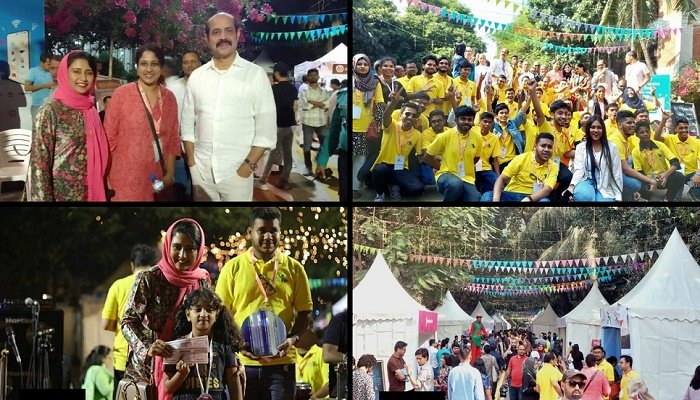 In association with DNCC and Gulshan Society, ‘Heroes for All’ platform organised a daylong porgamme in prestigious neighborhood of the capital recently, said a news release issued on Sunday.

Mayor Atiqul Islam was the chief guest while Heroes for All founder led the Rehnuma Karim actively led the whole event.

Addressing the function, Atiqul Islam said the ‘Paara Utshob’ will play an important role in strengthening relations between neighbors and strengthening social bonds.

“Our children are not getting a chance to play, they have no friends. And that’s why an initiative like this is much needed. It will also reduce social injustice and unrest. This is how we want to build Dhaka for all,” he said.

Renowned actress of our country, Azmeri Haque Badhon as well as Salma Adil from Salma Adil Foundation were active parts of the whole arrangement.

Participating in the programme, entrepreneur and chartered accountant Salma Adil expressed her satisfaction at the mass level engagement of the local people in the community festival.

” It is delightful to see people of a neighborhood community enjoying traditional cultural activities together. This will revive the social interaction within the locality,” she said.

In the event, there were activities, fun food, games, magic, paintings, music, stand-up comedy, lathi khela, demonstrations of self-defense, street drama and a talent show for everyone in the community.