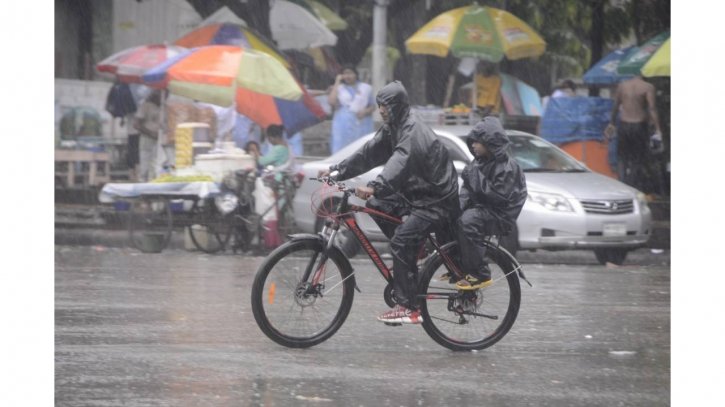 UNB: Early monsoon showers are likely to drench parts of the country in the next 24 hours, the weather department has said.

“Light to moderate rain or thundershowers accompanied by temporary gusty wind is likely to occur at many places over Rangpur, Mymensingh, Dhaka, Chattogram and Sylhet divisions, at a few places over Rajshahi and Barishal divisions and at one or two places over Khulna division with moderately heavy to heavy falls at places over the country,” the Met office said in its bulletin.

Day and night temperatures may remain nearly unchanged over the country.

The maximum rainfall was recorded in Cox’s Bazar district at 42 mm, while the maximum temperature was recorded at 36.7 degrees in Rajshahi district in the last 24 hours till 9am, as per the bulletin.

The trough of westerly low lies over Gangetic West Bengal and adjoining areas. Southwest monsoon has advanced up to Chattogram division. And conditions are favorable for its further advancement, it added.

Meanwhile, the maritime ports of Chattogram, Cox’s Bazaar, Mongla and Payra have been advised to keep hoisted local cautionary signal number three as a deep convection is continuing over the North Bay.

“All fishing boats and trawlers in the North Bay and the deep sea have been advised to come closer to the coast and proceed with caution until further notice,” it added.

Deep convection refers to the thermally driven turbulent mixing that moves air parcels from the lower to the upper atmosphere.