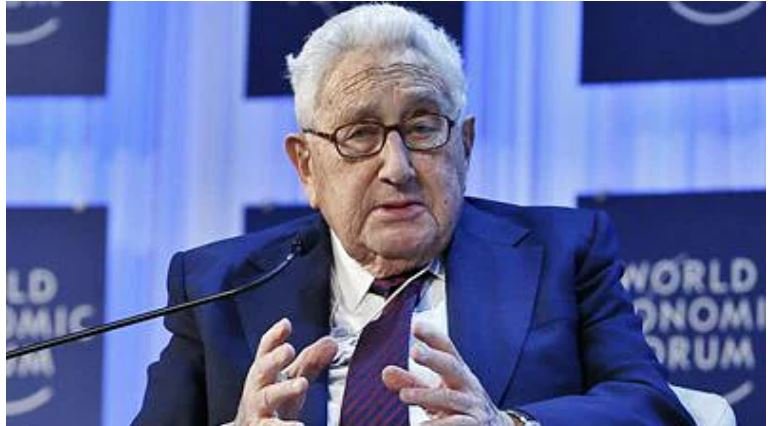 BSS: Bangladesh is to mark tomorrow the 50th anniversary of diplomatic ties with the United States that had tilted towards Pakistan in 1971 while a key US policymaker at that time, Henry Kissinger, later called the stance “a case history of political misjudgment”.

“The issue (Pakistan crisis) burst upon us while Pakistan was our only channel to China,” wrote Henry Kissinger in his White House Years, where he served US President Richard Nixon’s national security assistant and subsequently as the secretary of state.

Documents now suggest in 1971, the duo were frantically trying to build relations with Peking, now Beijing, to negate Soviet Union influence in that cold war era in a bipolar world taking the advantage of the Sino-Soviet conflict though both the countries were communist ones.

It appears the state department, which is the US foreign office, was sidelined or kept in dark about the Nixon administration’s clandestine effort.

Pakistan’s support in the process visibly obligated the Nixon administration to take Islamabad’s side and even at the fag-end of Bangladesh’s Liberation War US sent its Seventh Fleets’ task force led by the nuclear-powered aircraft carrier Enterprise to Bay of Bengal.

Kissinger, however, wrote the Seventh Fleet was sent to protect West Pakistan and “we have to prevent India from attacking West Pakistan; that’s the major thing”.

Yet, he commented, the US stance on Pakistan side “the outcome of an independent Bangladesh was foreordained” but added that the events related to Bangladesh’s Liberation War were “perhaps the most complex issue” of Nixon’s term in office.

Kissinger reiterated this view later as well in a conversation with Father of the Nation Bangabandhu Sheikh Mujibur Rahman when he said Bangladesh’s independence was virtually inevitable but he wanted to see it in a different circumstance.

According to a declassified US state department document Nixon, Kissinger and US Attorney General Mitchell in a conversation among them on December 8, 1971 became sure that Pakistani army was set to concede defeat and Bangladesh’s emergence was inevitable.

Yet the US sent the Seventh Fleet in the pretext of evacuating American citizens from the warzone but Kissinger wrote “in reality, (it was aimed) to give emphasis to our warnings against an attack on West Pakistan”.

The declassified documents including those of the CIA cables suggested was aimed particularly to give a warning to Indian high ups not to invade West Pakistan after liberating Bangladesh.

A currently declassified CIA cable of December 6, 1971 leaked a briefing of the then Indian Prime Minister Indira Gandhi that revealed the New Delhi had three war objectives.

Those were – quick liberation of Bangladesh, the incorporation into India of the southern part of Azad Kashmir for strategic rather than territorial reasons and to destroy Pakistani military striking power so that it never attempts to challenge India in the future.

The documents suggest the Nixon administration feared that Gandhi would wage a full-scale military attack on West Pakistan soon after Bangladesh’s liberation.

This apprehension prompted the US to exert maximum political pressure through the UN along with military movement to safeguarding its ally West Pakistan.

The declassified state department memo that transcript a conversation among President Nixon, Kissinger and Attorney General Mitchell in Washington DC on, December 8, 1971, when Kissinger told Nixon’ “Well, then the Pakistanis are going to lose (in East Pakistan)”.

But, he said, “even then we are not that directly, that much involved. The carrier (Seventh fleet) . . . ”.

In reply Nixon said, “Well, my point is they’re going to lose anyway. At least we make an effort, and there is a chance to save it (West Pakistan).”

Later, Kissinger wrote in his book – “We were doing our part by moving a carrier task force near the Strait of Malacca . . . we have to prevent India from attacking west Pakistan; that’s the major thing”.

He recalled when the US fleet passed through the Strait of Malacca into Bay of Bengal that attracted much media attention.

“Were we threatening India? Were we seeking to defend East Pakistan? Had we lost our minds?” he raised questions and gave the answer as well – “It was in fact sober calculation. We had some seventy-two hours to bring the war to a conclusion before West Pakistan would be swept into the maelstrom.”

The Nixon’s “Tilt toward Pakistan” policy had not been supported by the state department or some senators including Kennedy as they would like to back a democratic India with 600 million people rather a dictator like the then Pakistani president Yahiya Khan.

As a consequence, Nixon had decided to order the aircraft carrier movement by keeping the state department in dark.

“Keep as much of it under the hat as you can . . . What I mean is let’s do the carrier thing … and I would tell the people in the State Department not a goddamn thing they don’t need to know,” Nixon told Kissinger as per one of the declassified documents.

According to another declassified document on transcript of telephone conversation in Washington on December 16, 1971, the day Bangladesh was liberated, Kissinger informed to Nixon – “The Indians have just declared a unilateral ceasefire in the West.”

The US aircraft carrier did not enter the Bay of Bengal and it returned to Subic Bay in the Philippines on January 8 in 1971 as Soviet Union as well sent warships as a counteraction visibly in line with its defence pact with India in 1971.

US foreign policy researcher Professor Garry Bass said Yahiya begged Nixon to send the seventh fleet to Pakistan’s shore to defend Karachi but Nixon, despite often sounding like he was on the verge of war with India, “had no intention of any naval combat”.

“The USS enterprise carrier group was an atomic-powered bluff, mean to spook the Indians and increase soviet pressure on India for a cease-fire, but nothing more,” he wrote in his book – The Blood Telegram.