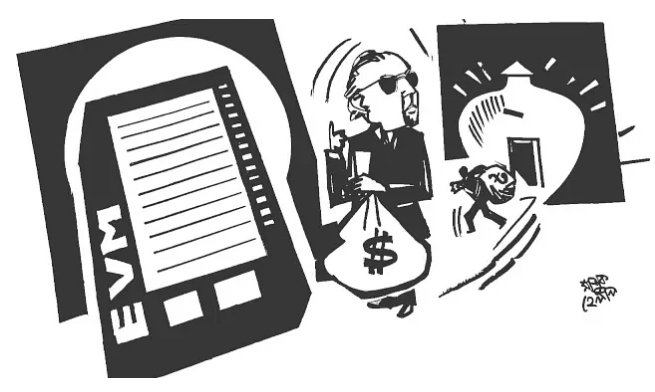 Certain incidents in recent times, and of the past, have brought to mind that old proverb, ‘look before you leap’. The first event concerns the comments made by the Japanese ambassador and the incidents that followed. Replying to a question at an event hosted by the Centre for Governance Studies (CGS) and Friedrich Ebert Stiftung (FES), Japan’s ambassador Ito Naoki said that his country wanted to see Bangladesh’s next national parliament election held in a free and fair manner with the participation of all political parties. He said, “We have heard that ballot boxes were stuffed on the night before the election, something we had not heard of anywhere else in the world. We hope there will be no such scope and that no such incident will take place.”

The foreign secretary later called Ambassador Naoki over and held a meeting with him. On his Facebook page, state minister for foreign affairs Shahriar Alam wrote, “We summoned the Japanese ambassador to Bangladesh. We told him whatever needed to be said.” In an attempt to cover up the matter, foreign minister AK Abdul Momen said that the Japanese ambassador had spoken innocuously, misguided by misinformation from devious quarters, adding, “He is actually a good friend of Bangladesh.” But by then much water had flowed through the Japanese Shinano River. News arrived that Prime Minister Sheikh Hasina’s forthcoming Japan visit had been cancelled. She had been scheduled to visit Japan on 29 November.

This series of events reminded me of a conversation between an astute diplomat and a professor of Dhaka University at pre-dinner cocktails, immediately after the country’s independence. I am speaking from memory. The diplomat was the director general of the foreign ministry at the time, Abul Ahsan (who later went on to become foreign secretary and ambassador to the US). The ambassador of the Soviet Union to Bangladesh had also made a rather imprudent statement that incurred the displeasure of those at the helm. The professor questioned Abul Ahsan why the Soviet ambassador hadn’t been summoned by the foreign ministry. In reply, Abul Ahsan replied, you must discern between ‘diplomatic options’ and ‘diplomatic actions’. He said, “The Soviet Union is a superpower, it is one of the countries that supported us during the independence struggle, it helped us demine the Chittagong Port. Summoning the ambassador to the foreign ministry was an option, but not necessarily the best course of action. We did not summon the ambassador to the ministry. But at a social event, our foreign secretary apprised him of our concern. The Soviet ambassador apologised to the foreign secretary for his remark.”

Was it prudent of the foreign ministry to call the ambassador of Japan, such an important development partner of ours, for his comment? Was there no alternative? Does foreign secretary Abul Ahsan have any successors who have the prudence to ‘look before they leap’ and the power persuade the politicians to take the correct decisions? We hope that Japan and Bangladesh both understand the situation and learn from the experience and that Bangladesh-Japan relations forge ahead.

Padma Bridge
Padma Bridge is an extremely important connecting bridge that can open doors to the promising potential of the southern region’s economy. This is a proud achievement for us. But then again, if we followed the ‘look before you leap’ policy, we could have got loans on easy terms from the World Bank and other donor agencies. The project, under their supervision, probably would have been completed two or three years earlier and the costs would have been slashed by one third. We would have less liability of repaying in foreign exchange and future foreign exchange reserves wouldn’t have been such a headache.

The estimated cost of the Bangabandhu bridge project had been USD 753.7 million. The final expenditure stood at USD 950 million, that is, 26 per cent more than estimated. The project implementation had been delayed by a year. In comparison, the final costs for Padma Bridge stood at Tk 301.19 billion (Tk 30,119 crore), around 197 per cent higher than the estimated Tk 101.61 billion (Tk 10,161 crore). It took 8 years to complete Padma Bridge, four years longer than estimated.

Islami Bank
It has been learnt from a report published in the daily New Age that the new owners of Islami Bank took Tk 300 billion (Tk 30,000 crore) in loans from the bank. While there may be questions concerning the political affiliation of the original founders of Islami Bank, they had undoubtedly met public aspirations and demands and had successfully established a strong bank in the private sector. On the excuse of punishing those of the opposing ilk and halting so-called ‘terror-funding’, the ownership of the bank has handed over to a controversial business group who were in the government’s good books.

And the apprehensions concerning this move proved to be true. Everything that can be done to ruin a bank has been done here. The Business Standard reported that a 24-year-old totally inexperienced greenhorn, Abdullah Al Rakibe, is the chairman of the company MediGreen. He has a higher secondary certificate (HSC) degree. Within just 14 days of his company being registered, he got a loan of Tk 9 billion (Tk 900 crore) from Islami Bank. No security deposit or any credit report was required. No office of the company was found at the business address. The records didn’t even have the proprietor’s National ID (NID) card or mobile phone number.

Had the regulatory body of financial institutions Bangladesh Bank and Bangladesh Securities Exchange Commission duly carried out their duties, permission would never have been given to handover the bank’s ownership. Puppets of those in power, the heads of these institutions forget that when disaster strikes, no one is spared. It is said that minor irregularities are an inevitable part of development. That is like the story of a king who ordered everyone to pour a pitcher of milk each into the empty pond at night on the occasion of his son’s weaning. Everyone thought that since everyone was going to pour in milk, let me pour in water. No one will notice. In the morning it was seen that the pond was filled with water, no one had poured in any milk. In the same manner, everyone has resorted to little discrepancies in the name of development, leaving us floundering in a quagmire of irregularities.

Transparent and credible elections
Let’s go back to the Japanese ambassador’s comment. It cannot be dismissed by saying he had been misguided by devious quarters and had uttered the words innocuously. The people of Bangladesh and the foreign friends of the country want public opinion to be reflected in the coming election, something which did not happen in the past two elections, causing concern to the people. That is why correct decisions must be taken concerning the structure of the election-time government and the use of the EVM. In the changing complex geopolitical and economic conditions, no deviation from this will do. That is why I appeal to the ruling party and the opposition to ‘look before you leap’ and think before you act.

* Muhammad Fouzul Kabir Khan is a former secretary and economist