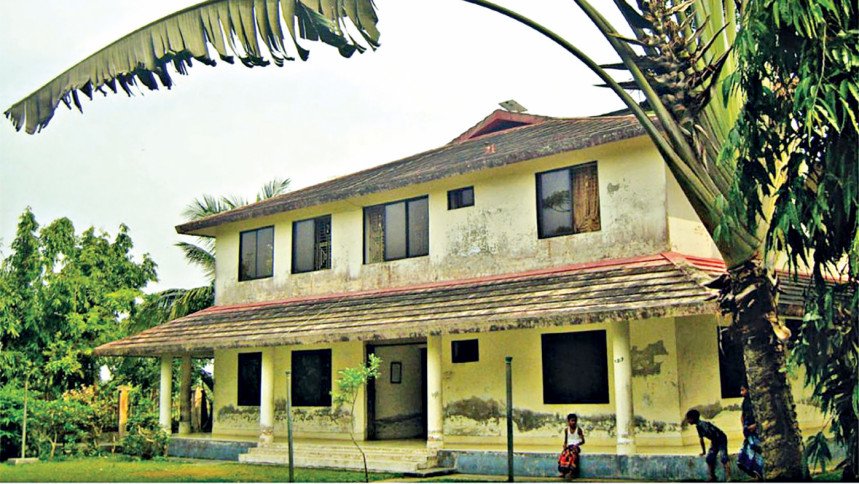 The memories of national poet Kazi Nazrul Islam are at risk of slowly fading away in the very same places where he created those moments.

The two “Nazrul Smriti Kendra” in Mymensingh’s Trishal upazila are failing to attract visitors, as the centres have not been updated with new collections for a long time.

For all latest news, follow The Daily Star’s Google News channel.
The centres started their journey in 2003, and even after 19 years, they are yet to be enriched with more of Nazrul’s memorabilia, said locals and visitors.

Nazrul, born at Churulia village of West Bengal’s Bardhaman district in 1899, came to Kazir Shimla in Mymensingh’s Trishal upazila in 1913 with Kazi Rafizullah, a police sub-inspector, then posted at Bardhaman.

The two centres are located at Kazir Shimla and Namapara of Trishal’s Darirampur — places that are surrounded by the childhood memories of the poet.

The memorabilia at the centres include rare gramophones and records released by His Master’s Voice Company; hand-written scripts of the poet in Bangla, English, Hindi and Urdu; some photographs of Nazrul and his family members, and a couch, centre sources said.

The libraries at the centres have not been updated for many years.

Mehtabin Mishu, a college student, said the library’s collection should be expanded with works of Nazrul and those who wrote about him to draw in more visitors.

“The few visitors who visit the centres are bored of seeing the same collection, that too in poor condition,” said Sahan Shah, a visitor at the Kazir Shimla centre.

Mohammad Rajon, an ex-student of Jatiya Kabi Kazi Nazrul Islam University in Trishal, said the centres should be upgraded so that they can become a hub of cultural activities and research centre.

According to officials at the centeres, the National Museum and Nazrul Institute in the capital have a rich collection of the poet’s memorabilia. The centres could be enriched through proper coordination between the authorities of the two institutions.

Contacted, Akhtaruzzaman Mondol, assistant director (in-charge) of the centres, said they are trying to enrich those with required support.

The official said a year-long training course on “Nazrul’s Shudhha Sur and Bani”, conducted by Nazrul Institute, has been running at both the centres, with a view to preserve the originality of Nazrul songs.