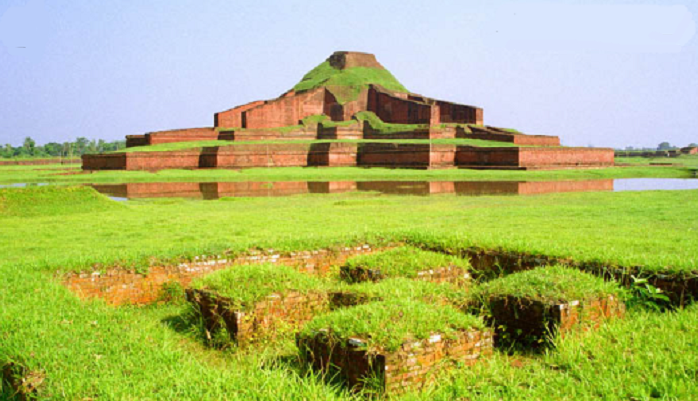 “It’s a UNESCO World Heritage Site. We have taken steps like organizing meeting of the stakeholders and launching modern food courts to make this place more attractive for tourists. This heritage site is being developed more aesthetically in line with all the archaeological acts,” he said.

The state minister said this while addressing a meeting at Paharpur Museum Seminar Room under Badalgachi upazila of Naogaon, an official release said.

Lauding the overall management of the Paharpur Buddha Bihar, KM Khalid said the other archaeological sites in the country too would see more tourists if those could be brought under such supervision and the government is working to this end.

“In the meeting of the stakeholders, we have received many advice like arranging source of pure drinking water, eliminating water logging, constructing modern resorts and motels, centres for showcasing and selling handicrafts, raising open stage, planting saplings beside the roads in Paharpur, turning Jamalganj rail station into a stoppage of intercity trains, increasing number of tourist police and giving them more logistical support,” he added.

The state minister said the logical advice would be accepted and demands fulfilled gradually.

Presided over by Director General of Department of Archaeology Ratan Chandra Pandit, the meeting was also addressed by local lawmaker Md Shahiduzzaman Sarker and Md Salim Uddin Tarafdar, among others.