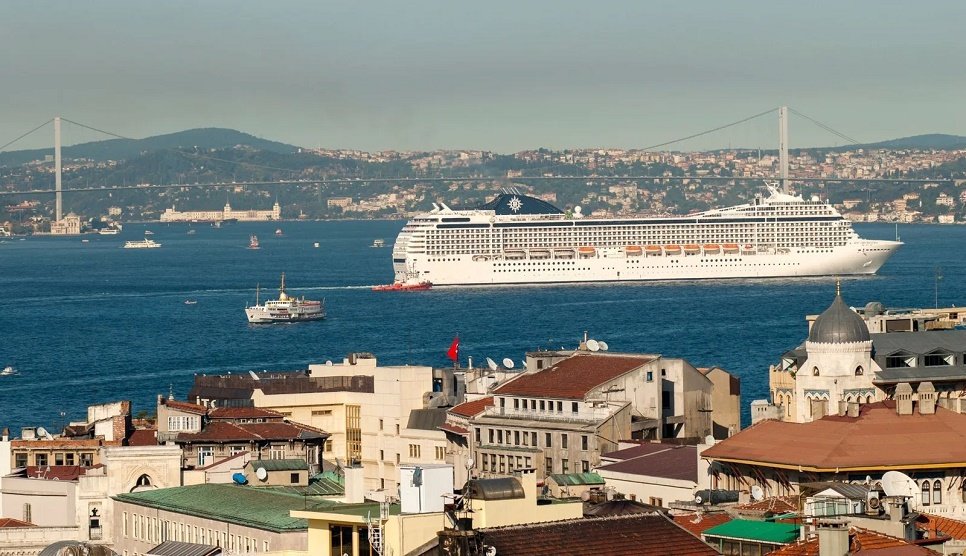 AFP: A state-of-the-art port in Istanbul with an underground terminal, a celebrity chef’s restaurant and a shopping centre, welcomes yet another 5,000-passenger cruise ship, bringing more cash to Turkey’s struggling tourism industry.

Hit hard by Covid, Turkey’s tourism sector could get a shot in the arm from the revenue generated at Galataport, which opened in 2021 — a year later than planned due to the pandemic.

The port could also provide a boost to an economy that has been weighed down by double-digit inflation and a currency in free fall, though the project has drawn criticism over the destruction of historical monuments and the potential environmental impact.

Around 30 cruise ships have so far anchored at Galataport and 200 more are expected by the end of the year, which amounts to 450,000 passengers.

The pandemic caused havoc in the global cruise ship industry as vessels were hit by outbreaks and vessels were banned in several countries.

The target is 1.5 million cruise passengers and 25 million visitors annually. The project also opened up a 1.2-kilometre (three-quarter-mile) coastline that had been closed to public use for 200 years.