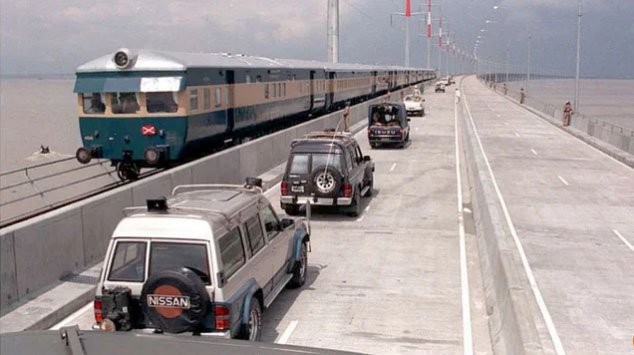 One of the major reasons behind our economy being pitched into threat is our distorted perception of ‘development’. Improving people’s living standards through education, health, environment, income, etc, are the objectives of actual development, but in our country construction of infrastructure has become synonymous with development

Globalisation, along with foreign trade, over the past century has created an astounding amount of wealth and has made incomparable contribution to economic growth of humankind. Globalisation was like the goose that laid golden eggs, when it came to attaining this growth. Meanwhile the war in Ukraine that broke out on 24 February this year has not brought globalisation to a halt, it will slow down its pace and have a far reaching impact on global economy, particularly on countries with promising prospective like Bangladesh.

Nobel Prize winning economist Paul Krugman, in a column in the New York Times on 31 March said that while the developed world will manage to sustain the impact of the economic slowdown, it is the countries that have been making progress in recent times that will bear the brunt. He directly referred to Bangladesh: “I’m worried about the impact on nations that have made progress in recent decades but would be desperately poor without access to world markets — nations like Bangladesh, whose economic achievements have depended crucially on its garment exports.”

Historically speaking, it was advanced communication systems, particularly railways, steamships and telegrams that spurred on globalisation and the expansion of global trade, bringing extensive progress to people’s lives.

Economist John Maynard Keynes in his book published in 1919, ‘The Economic Consequences of Peace’, said that the phase before World War I was an extraordinary episode in the economic progress of man. He wrote: ‘The inhabitant of London could order by telephone, sipping his morning tea in bed, the various products of the whole earth, in such quantity as he might see fit, and reasonably expect their early delivery upon his doorstep.”

” With the emergence of digital technology, computers will be able to operate sewing machines and Bangladesh will lose its low-wage edge and even countries like the US will be able to enter the competition”

With the advent of advanced communications, the use of containers to transport goods, telecommunications and other technological developments, globalisation picked up pace against after World War II, which played an unimaginable contribution to creating wealth and economic growth. Many countries in South Asia and China harnessed this wave of globalisation to become predominantly wealthy. Bangladesh too gained a share in this prosperity through its readymade garment industry and manpower export.

The countries of the developed world, particularly those whose reserve currency had higher demand in the world market, benefitted relatively more from globalisation. Without exporting their own manufactured products, they could enjoy imported commodities in exchange of their own currency. The extensive use of the dollar as reserve currency brought unprecedented improvements to the living standards of the citizens of the United States. Alongside using their own manufactured goods, they could also enjoy goods manufactured abroad, by virtue of the huge demand for the dollar as reserve currency in the global market. However, in the globalisation process, the manufacture of many industrial products began to be gradually relocated to non-developed countries due to the wide gap in labour costs. As a result, workers employed with high wages in countries like the US became unemployed and the once industrially flourishing areas were reduced to becoming the ‘rust belt’.

Such imbalanced impact of globalisation had an alarming effect on the domestic politics of developed countries like the US. Nationalism, cultural conflicts and racial discrimination reared their heads. A significant example of this is the former US president Donald Trump’s ‘make America great again’ slogan and the imposition of tariff on certain imports. These are some of the reasons behind the shrinking of global trade in recent years. According to the Economist, from 2008 to 2019, global trade has decreased by 5 per cent compared to global GDP.

The last two years of the global coronavirus pandemic has dealt another major blow to the globalisation process. This led to a breakdown in the international supply chain and created a serious crisis in global trade.

And just as the world struggled to emerge from the impact of the pandemic, the Ukraine war broke out. About a month and a half ago, Vladimir Putin began his ‘special military operation’, aiming to take over Ukraine and install a subservient government there, but it does not seem that this war will end any time soon. This will seriously harm world trade which, in turn, will have a negative impact on the economy all over the world. The estimated rate of global trade growth will fall below 4.7 per cent and global economy will shrink too. It will perhaps be relatively easier for countries of the developed world to overcome these losses, according to Paul Krugman, but Bangladesh’s growing economy will face serious threat.

”The present government has come to power and remains in power by virtue of the alliance of the ruling party, the law enforcement agencies and a section of civil servants and certain officials installed in constitutional posts. That is why the government has no liability towards the people”

There are many more reasons for Bangladesh’s economy to fall into threat. There is a lack of export diversity. Its export trade is widely dependent on readymade garments and labour export. And Bangladesh’s readymade garment sector is also at risk due to technological reasons. With the emergence of digital technology, computers will be able to operate sewing machines and Bangladesh will lose its low-wage edge and even countries like the US will be able to enter the competition.

The added cause of risk is irregularities, mismanagement, extortion, tender manipulations and politicisation in all sectors. That is why many years ago the late Justice Habibur Rahman has said regretfully that the country was in the hands of gamblers. This situation has been exacerbated by the culture of sycophancy, centralised governance, the pitiful state of all state institutions, the creation and application of laws in the interests of a selected few rather than in public interests, lack of the rule of law, constriction of civil freedoms, widespread violation of human rights, and politics of annihilation. Such discrepancies and wrongs inevitably blocks our way forward.

Another reason behind the threats we face is the election system becoming ineffective which had led to the diminishing of liability. The present government has come to power and remains in power by virtue of the alliance of the ruling party, the law enforcement agencies and a section of civil servants and certain officials installed in constitutional posts. That is why the government has no liability towards the people. Unless a government that represents the people is established through a free, fair and credible election, they will never be liable to the people or work in the interests and welfare of the people.