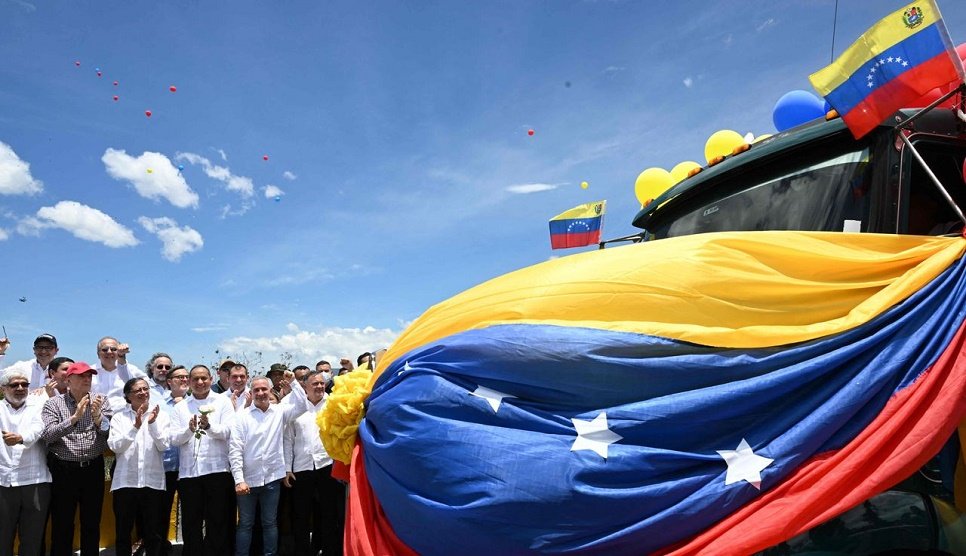 AFP: Venezuela and Colombia reopened the last stretch of their shared border Sunday that had remained closed for years in a diplomatic dispute now settled under new leadership.

Cars honked and passengers waved flags as vehicles with license plates from both countries traversed the area’s Atanasio Girardot bridge, which had been blocked by containers amid high tensions.

The bridge, which is also known as Tienditas, was the last to remain inaccessible since the countries restored diplomatic ties last year.

Authorities from both countries wore white guayaberas and carried balloons in the colors of their flags — yellow, blue and red — to inaugurate the pass during a ceremony that included a blessing of the crossing by bishops.