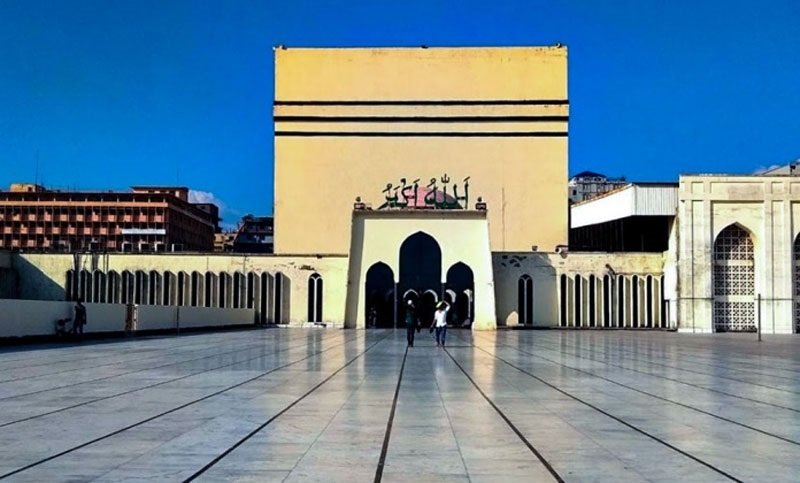 The Baitul Mukarram National Mosque Musalli Committee is waiting for an approval from the authorities concerned to run development work at the national mosque to enhance facilities for devotees.

“There is no dedicated washroom for devotees. The water supply is not sufficient. There is a room to construct new washrooms at the mosque. We have been waiting for permission from the authorities concerned to run development work,” Eakub Ali, president of the committee, told a press briefing on the mosque premise in the capital on Thursday.

“Many state-level guests and Islamic scholars often visit Baitul Mukarram Mosque. But the national mosque has a lack of modern facilities like library and accommodation,” Eakub Ali said.

The committee handed over a letter to State Minister for Religious Affairs Faridul Haque Khan at a meeting on November 9 this year, seeking permission to run development work at the mosque.

During the meeting, the state minister assured the committee of extending support so that they can run necessary development work at the national mosque.

Manik claimed that devotees suffer from load-shedding at the mosque as there are no power backup facilities there.

Baitul Mukarram has a capacity to accommodate 30,000 Musallis together. However, the number of devotees increases to over 40,000 during Jum’ah prayers.

Musalli committee leaders said Baitul Mukarram is yet to have a rich library despite many Islamic scholars and foreigners say prayers at the national mosque.

The industrial conglomerate has been extending support to the Islamic Research Centre for the last three decades to carry out research and education activities.

After the country’s independence, Father of the Nation Bangabandhu Sheikh Mujibur Rahman through an ordinance in 1975 established the Islamic Foundation, merging Baitul Mukarram Society and Islamic Academy.