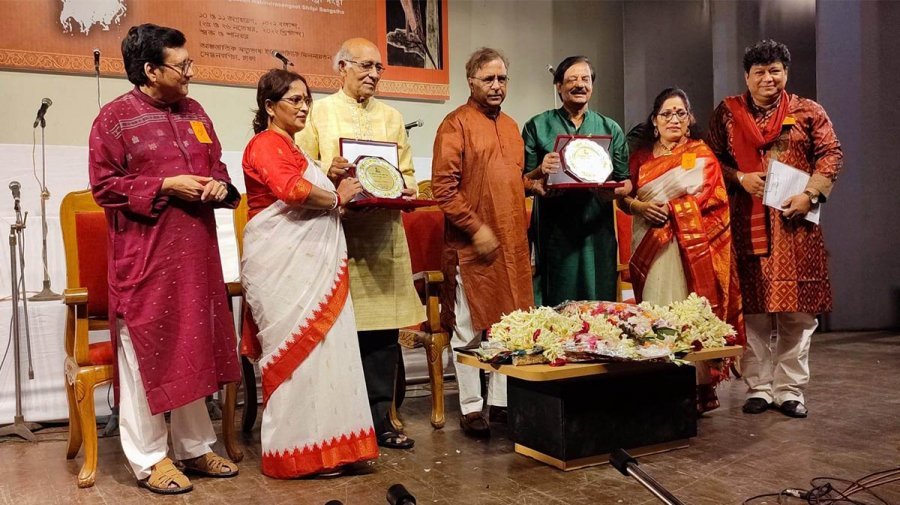 A national level festival on songs of poet Rabindranath Tagore began in Dhaka on Friday to spread the fusion of the Bengali polymath among people from all walks of life.

BRSSS president Tapan Mahmud said the organsation is proud to honour the two soldiers of the Swadhin Bangla Betar Kendra.

The festival has been dedicated to the artistes, litterateurs, journalists, poets and cultural activists who died during the coronavirus pandemic. The festival will end today.

The organisers said that the National Rabindra Sangeet festival was last organised in 2019. For more than 2 years, it was not possible to perform the festival on stage due to corona pandemic. However, the 32nd festival was celebrated online in the latter part of 2020. Except for the year 2021, it is possible to return to the stage with the 33rd festival.