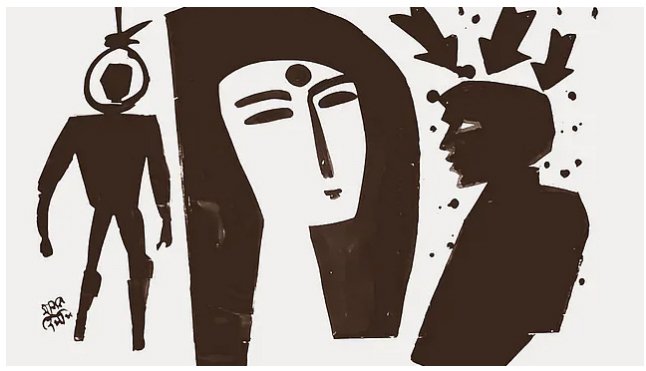 The way things stand in Bangladesh, you just have to be a Bangali! It won’t do if, instead of being born to a Bangali family, you are born in a family of Santal, Oraon, Chakma or Marma ethnicity, or in a family of whom we refer to as ‘stranded Pakistanis’ or ‘Biharis’ who actually relocated to East Bengal way back in 1947 from various states in India, particularly from Bihar. This article was written on the day that the Anti-Discrimination Bill was passed by the Jatiya Sangsad (national parliament). The bill stated that any persons who engage in any biased acts directly or indirectly on the pretext of religion, caste, ethnicity, language, age, gender, physical and mental state, place of birth, birth, occupation and social standing, is considered discriminatory.

In an interview with Prothom Alo on this issue on 6 April, former chairman of the Human Rights Commission, Professor Mizanur Rahman said, “Not considering discrimination as a punishable offence, is a weakness of the law.” I’d like to draw your attention to a readers’ response in the comments section under this interview. It was written, “I am a Chakma by race, but the government forcefully labels our identity as ‘ethnic minority’. Previously in office, I would write my names a Babu Kiran Chakma, but the government forces me to write Janab Kiran Chakma. Our country does not give rights to the independent identity of the various races. If a race is big, has power, only then does it gain rights, if a small race is without power, it does not even have the right to a correct self-identity. The state is responsible for a lot of discrimination. Some of these discriminations are of race, some of religion.”

We also know about the two Santal farmers in the village Nimghotu of Godagari in Rajshahi. They had sought water to irrigate their rice fields, but were refused and ultimately committed suicide in frustration and despair. The inquiry committee that was formed found glitches in the water distribution system. Incidents of suicide must not be glorified. I have translated the World Health Organisations guidelines twice and published these in Prothom Alo. But we are all only too aware of various discriminations faced by the various races or ethnic communities or indigenous people of our plain lands. The farmers of Gobindaganj, including the Santals, are waging a movement against an EPZ being established on the croplands there.

This writer is hardly qualified to carry out a discourse on such an important issue and this column is not the place for such discourse either. All that I observe is that if you are to survive in this country in peace and comfort, you must be a Bangali. It just won’t do to be a Bihari, Santal or Chakma. And just being Bangali is not enough. You must be Muslim too.

A rather alarming incident took place in Munshiganj. Hridoy Chanda Mondol is a science and math teacher of Binodpur Ramkumar High School of Munshiganj sadar upazila. On 22 March, the school’s office assistant Md Asad filed a case against him on charges of demeaning Islam. He was arrested on the very same day. During his class, the students would ask all sort of questions and would also claim that religion is the source of all science. From social media descriptions of this manner, it is understood that Hridoy Chandra Mondol, in a very level headed manner, explained things to the students. He did not speak against any religion, but simply explained the core of both science and religion. The students had made video of this discussion and posted it on internet. The school authorities filed the case and most surprising of all, the science teacher was sent to jail, without being granted bail. Earlier, there had been an uproar over the misbehaviour of a policeman who had questioned Lata Samaddar why she was wearing a ‘teep’ on her forehead. Even that hasn’t been settled.

In response to the school teacher incident, 18 eminent citizens issued a statement, expressing their concern. They demanded the unconditional release of Hridoy Mondal and said, “We demand that the authorities help to nurture a humanitarian mindset in the students who, influenced by fundamentalist thought, humiliated science teacher Hridoy Mondal and handed him over to the police. We also demand exemplary punishment of the persons on the police and administration who are aiding and instigating such behaviour.”

The term ‘Bangali Musalman’ is a common topic of academic discourse nowadays. Some say that the section of Bangali Muslims who were Muslim Leaguers, in interests of their own class, were the ones who drove the Pakistanis out and launched a movement for an independent Bangladesh of Bangali Muslims, and thus independent Bangladesh came into being. The matter is not entirely true. From Bangabandhu’s Unfinished Memoirs and other history books on the 1947-48 movement for Bangla as a state language, we learn that Bangabandhu came to Dhaka and first spoke in favour of a non-communal movement and began working to that end.

We know that it was Dhirendanath Dutta who raised the demand in the Pakistan National Assembly for Bangla to be one of the state languages. The language movement was joined by Bangali Hindus, Muslims, Buddhists, Christians and all, just as the liberation struggle and war was also joined by Bangalis, non-Bangalis, men and women, people of all races and communities, Hindus, Muslims, everyone.

However, it is also true that in launching the movement against West Pakistani rulers and exploiters, we got carried away in a strong wave of Bangali nationalism. Nationalism was one of the four pillars of our constitution. But when independent Bangladesh does not have to face the Punjabi rulers, then the nationalism wave must be reined in. In his 7 March speech, Bangabandhu clearly said, “the enemy forces had entered and would create discord, would loot. The Hindu-Muslims, Bangali and non-Banglai in Bengal are all our brothers. It is your responsibility to protect them. We must not earn disrepute.”

A state is not built up simply of one ethnic community, there are many ethnicities there. A country is not comprised of people of one religion. It has people of various religions, colours, class and professions, and all people are equal. They all have equal dignity. They have equal rights. Even if one person is of different belief, different colour, different religion, different ethnic identity, the state’s behaviour towards that persons determines whether that state is developed or not. Per capita income alone does not determine development.

In the beginning of this writing there was mention of the term ‘ethnic minority’ and the objection to the term ‘minority’. We must duly take this into cognizance. Justice Muhammad Habibur Rahman came up with the Bangla term ‘janajati’, which roughly translated means ‘a race of people’. If the stakeholders have no objection, we may take this into due consideration.

* Anisul Hoque is associate editor of Prothom Alo and a writer.