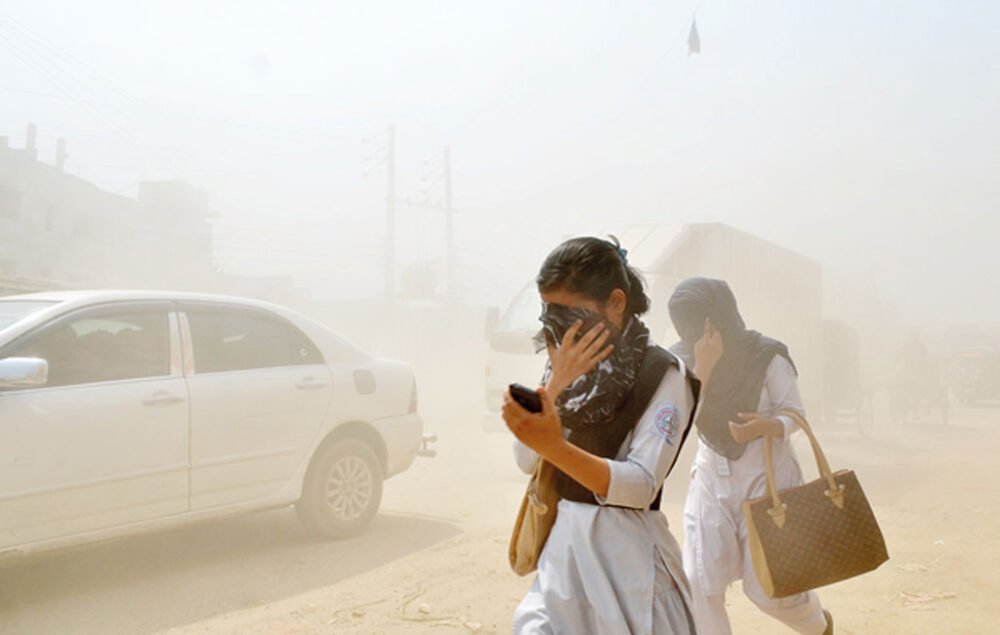 UNB: After a marked improvement in the past week, Dhaka’s air quality slipped back to the ‘unhealthy’ zone on Saturday.

With an air quality index (AQI) at 181, recorded at 9.45am, the densely populated metropolis once again topped the list of world cities with the worst air quality.

India’s Delhi and Pakistan’s Lahore occupied the next two spots, with AQI scores of 177 and 173, respectively.

An AQI between 101 and 200 is considered “’unhealthy”, particularly for sensitive groups.

Similarly, an AQI between 201 and 300 is said to be “poor”, while a reading of 301 to 400 is considered “hazardous”, posing serious health risks to residents.

Dhaka has long been grappling with air pollution issues. Its air quality usually turns unhealthy during winter and improves during monsoon.

A report by the Department of Environment (DoE) and the World Bank in March 2019 pointed out that the three main sources of air pollution in Dhaka “are brick kilns, fumes from vehicles and dust from construction sites”.

With the advent of winter, the city’s air quality starts deteriorating sharply due to the massive discharge of pollutant particles from construction works, rundown roads, brick kilns and other sources.