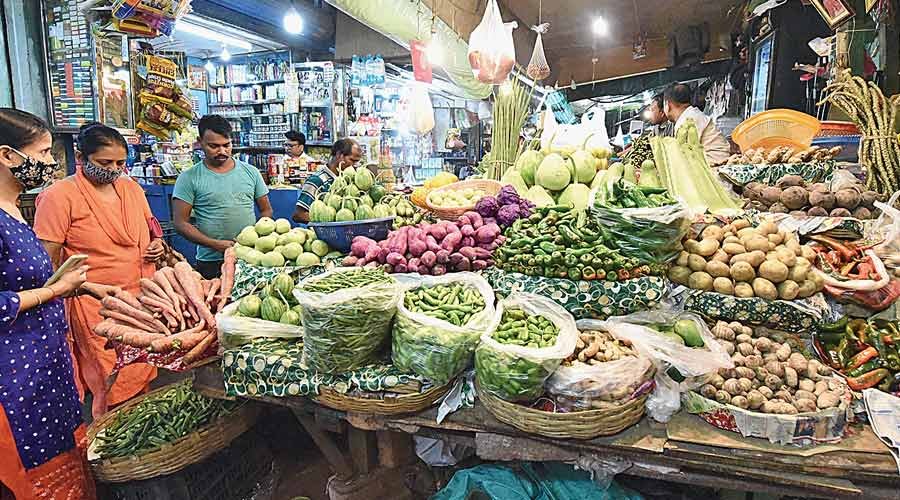 Move to find ways to charge maintenance fees from June

KINSUK BASU: Kolkata Municipal Corporation (KMC) started a survey of its 40-odd markets a few weeks back to find ways to introduce maintenance fees, officials of the civic body said.

Shop owners at these markets now only pay rent and the KMC takes care of the maintenance. From June, the civic body wants the market committees to take up the task of maintaining the markets or pay the KMC for the service.

As part of the survey, teams from the KMC are collecting details like the number of shop owners in each market, how big are the shops, the number of guards deployed at the gates, the size of the common area and the number of washrooms on the premises.

“The maintenance fee of a particular market will be directly proportional to the floor area of the market and the size of the shops. The survey will also ascertain the amount the KMC spends on the maintenance of the various markets, including the wages for sweepers and security guards,” said Amiruddin (Bobby), mayoral council member-in-charge of markets.

“We have held a series of meetings with representatives of various market committees and conveyed our decision to them on the maintenance fee,” he said.

Senior civic officials said the move was part of the cash-strapped KMC’s drive to generate revenue to meet its growing expenses.

Officials across KMC departments said they had been struggling to clear pending bills of contractors after paying Rs 133 crore towards salaries and pensions every month.

“By introducing a maintenance fee, the KMC aims to save a few hundred crores that it spends on the 40-odd markets,” said a senior official.

“Once the markets start paying, there will be a change in the condition and upkeep,” he added.

Many shop owners in markets run by the civic body complained about little or no maintenance despite regular payment of rents.

Traders alleged not even a minuscule percentage of the revenue that the civic body earned from the markets was ploughed back.

“Some of the basic services like cleaning, washing, drinking water and drainage are completely missing,” said Uday Shaw, secretary of the traders’ body in New Market, home to nearly 2,800 shops.

Officials of the civic market department said a large portion of the revenue that was earned from New Market — the average rent for shops is around Rs 1,200 per month — had been spent on repairing leaking roofs and supporting the weaker structures so they did not collapse.

“If the markets feel that the KMC is charging more for maintenance, their respective committees can take over this responsibility,” the official said.