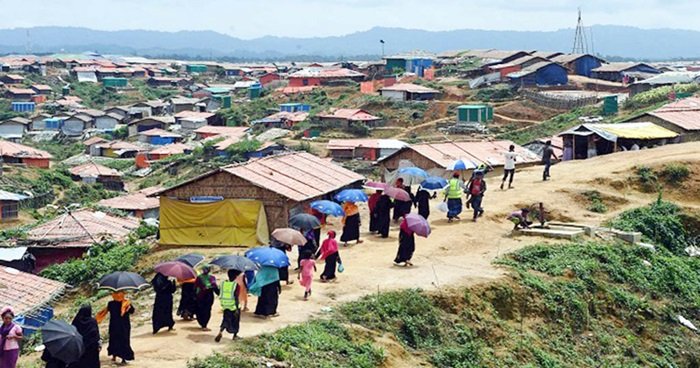 It has been quite clear in various segments of society in Bangladesh that the solution to the Rohingya crisis is becoming a distant dream. The attitude of the West and donors is gradually gravitating towards blame instead of appreciation as Bangladesh is criticised for shifting the Rohingyas to Bhasan Char as well as for not allowing proper education, skill development, lack of human rights and employment opportunities. The donors are pressuring Bangladesh to have long-term planning and budget for the Rohingyas. There are loose comments about the option of integrating Rohingyas into Bangladeshi society. Apart from this, a recent China-mediated repatriation initiative of situating 700-800 Rohingyas (few members from a family) at different places in Myanmar is an uncomfortable proposition.

This initiative includes about 300 Hindu Rohingyas (possibly the last of the community in the camp, and as a whole family package). Meanwhile 40,000-60,000 Rohingyas who fled to India during the genocide are also slowly entering Bangladesh – perhaps they are being pushed back, meaning India, the regional heavyweight, is also getting rid of the Rohingyas. So, finally, it all boils down to Bangladesh. The other regional power that is trying to mediate the recent repatriation initiative would favour Myanmar’s interest. As a student of social studies, I understand Myanmar’s interest would get preference over Bangladesh, because Myanmar is a strategic partner of China, whereas Bangladesh is a development partner. Meanwhile, due to the Covid-19 pandemic, the Russia-Ukraine war, the impending food shortage and fuel politics, the budget for Rohingyas will shrink, and there are indications of this already on the horizon. All these factors are making Bangladesh anxious from a feeling of “being left alone,” despite its generous humanitarian approach towards the Rohingyas during their most difficult days.

Let me share a story. In 2018, at the UN General Assembly session in New York, I was nominated to attend a sideline event organised by the International Labour Organization (ILO). It was on indigenous peoples’ rights. There were seven speakers, of whom six were officials of the ILO and other agencies of the United Nations. The only speaker who was not from the UN, but representing the indigenous people of the world, was a Chakma gentleman from Bangladesh. The point I am trying to make here is that the scope for education, exposure and empowerment allows vulnerable communities to have their voices heard in international forums.

The Rohingya issue is becoming a struggle for Bangladesh, and the Rohingyas’ plight must not lose its sensitivity, tempo, impetus or strength. Rohingyas should be intellectually, politically and economically empowered to speak for themselves and they should be assisted to create a position of advantage in international political, intellectual and human rights spaces. This approach is likely to create more anxiety regarding their repatriation among some strategic communities in the country. In spite of that, Bangladesh may consider the reality and allow international-level education, skill and leadership development for the Rohingyas to develop their own narrative and tell their own stories to the world. A developed human resource is better for everyone. On the contrary, a traumatised young population without proper education, hopes and dreams is a ticking “insecurity time bomb.”

As the US has recognised the crackdown on the Rohingyas as genocide, this situation may be pursued to help marginal Rohingya families to migrate abroad, and settle there and pursue education. This diaspora, in two decades, will turn into a major advocacy tool. However, Bangladesh has to keep this issue alive and on the table, bringing the Organisation of Islamic Cooperation (OIC), regional organisations, the egalitarian world community and the UN on board.

It would be too much of an expectation on Myanmar’s part that Bangladesh would let “Myanmar’s battle” take place on Bangladesh’s soil. They should find political solutions for the political issues they have created themselves, instead of securitising them and unnecessarily blaming its neighbours (It is on record that Bangladesh offered joint and coordinated patrolling along the border. This is a gesture that is one of a kind in this neighbourhood. Myanmar has not been very enthusiastic about this). It should, moreover, not be forgotten that even “strategic patience” has a shelf life.