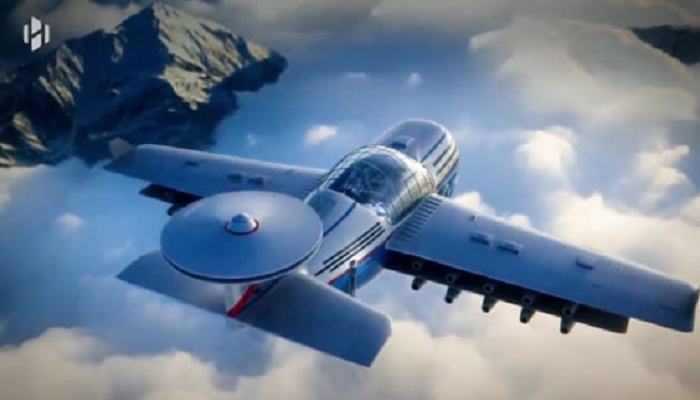 CNN: A fantasy video showing a gigantic flying hotel that can stay in the sky for years on end has caused a sensation online, despite being beyond the realms of current technology and in breach of the laws of physics.

Nevertheless, Yemeni engineer Hashem Al-Ghaili, who created the Sky Cruise concept video based on a futuristic design by artist Alexander Tujicov, insists it’s only a “matter of time” before aviation engineering catches up to his vision.

And, he says, his outlandish concept will help push the boundaries of what is possible.
Al Ghaili told CNN he wants Sky Cruise to be a talking point to inspire new innovations that will help replace the “tiresome” and “outdated” experience of flying today.

“Hence, I imagined a world where flying from one place to another turned into a joyous experience, rather than fighting for leg space,” he said via email.

Al Ghaili says he took his own inspiration from one of his favorite movies, Studio Ghibli’s “Castle in the Sky” anime, which features massive flying ships with people living inside.

Just like those ships, Sky Cruise is on an enormous scale, with room for around 5,000 guests, and recreational facilities like cinemas, swimming pools, spas and even shopping malls.

Sky Cruise would run on clean nuclear fusion energy — technology that does not currently exist — which would allow “it to remain above the clouds for several years,” Al Ghaili says.

Supplies and guests would be brought to the hotel using electric commercial airliners and private jets, he adds.

Turning this concept into reality is only “a matter of time” according to the engineer. However, due to its sheer size, it would need new infrastructure, and adjustments from the aviation industry.

“The Sky Cruise is super massive!” he says. “This means it will need a huge runway that doesn’t exist now.”