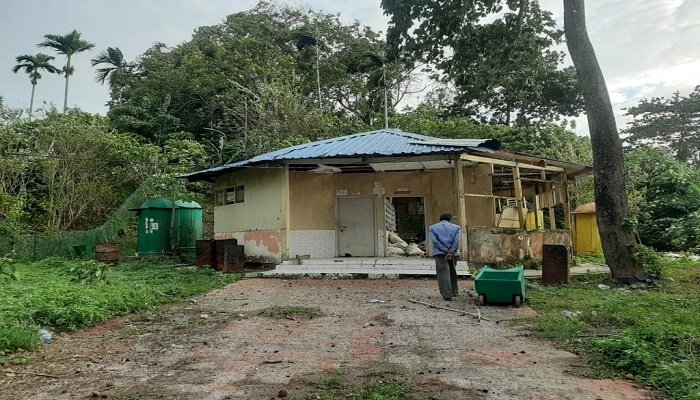 Posted By: GB Todayon: May 17, 2022In: Andaman and Nicobar Islands, More
Print Email

John Wilbert and Saurabh Singh, Port Blair: When the entire country is talking about Swachh Bharat and proper sanitation to the remotest area, the prominent touristic Wandoor Beach in South Andaman is left with no toilet facilities. The Toilet block located on the beach has become inoperable after attaining complete damage due to no maintenance.

Earlier in 2016, it was reported that the conventional toilets were replaced with new bio-toilets but soon due to no maintenance by the authorities those toilet blocks too went unusable, which is still a matter of concern at the beach.

Locals and tourists, who visit the beach, face a difficult time responding to Nature’s call. Talking to Andaman Sheekha, a tourist said that such poor maintenance of toilets is not expected at all in a place like Andaman and Nicobar Islands, which is otherwise well maintained and naturally beautiful. He requested the Andaman and Nicobar Administration to construct proper toilets immediately.

When contacted for a comment in this regard, Mr. Pankaj Kumar, IAS, Secretary IP and T the journalists that the work has been handed over to the APWD and the estimate is also ready. He said that some paper works are pending from the side of APWD and once those paper works are completed the work for construction of a new toilet block at Wandoor beach will start.