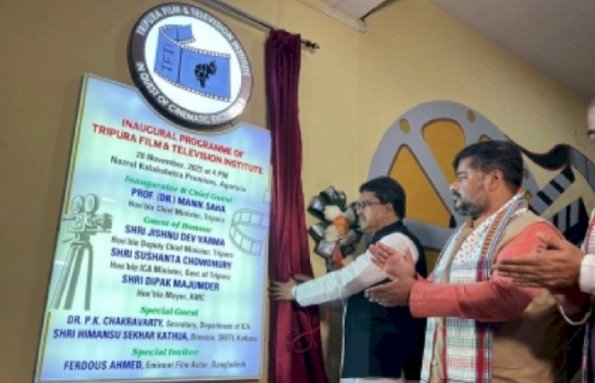 SRFTI Director Himansu Sekhar Khatua said that with 47 students, the classes of the TFTI first batch would start from the first week of December.

He added that the SRFTI initially prepared short-term courses and in near future diploma, graduate and postgraduate courses would be launched in the institute.

Addressing the inaugural function, renowned Bangladesh actor Ferdous Ahmed said that many people from his country would get a scope to study at the institute.

A film festival would be organised soon by the Tripura and Bangladesh government in Agartala, he added.

Terming the TFTI’s inauguration as a historic event, the Chief Minister said that the institute would bring opportunities to the doorsteps of those talented youth keen to make a career in filmmaking, production and acting.