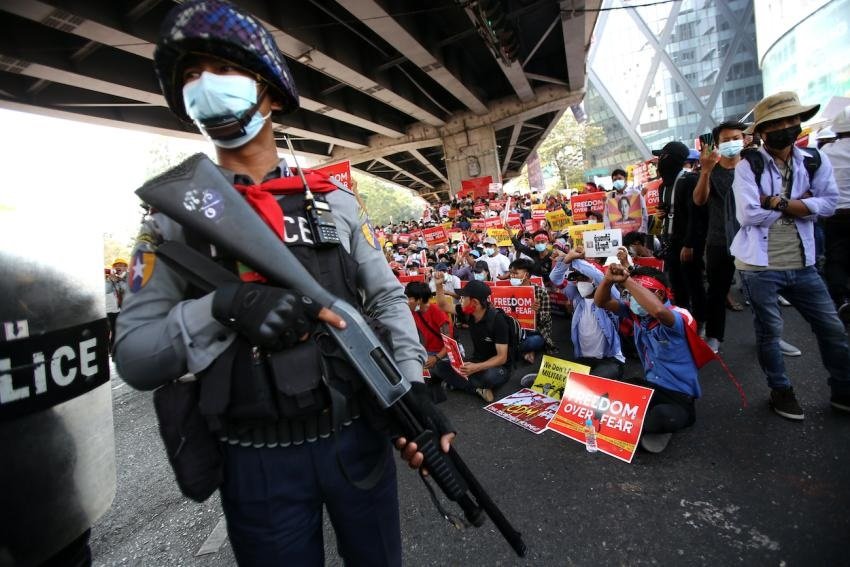 Arakan News Desk: The United Nations Security Council should urgently convene an open session on Myanmar and pass a binding resolution on the situation in the country, Fortify Rights said on Thursday.

A Security Council resolution on Myanmar should impose a global arms embargo on the military, refer the situation in the country to the International Criminal Court, and impose targeted sanctions.

On May 12 and 13, nine high-level representatives from member states of the Association of Southeast Asian Nations (ASEAN) are scheduled to meet U.S. President Joe Biden during a special summit in Washington DC, where the regional bloc’s response to the crisis in Myanmar will be discussed.

“ASEAN and its consensus have failed,” said Matthew Smith, Chief Executive Officer at Fortify Rights. “The Security Council has a responsibility to act. The flow of arms and money to the junta must be stopped, and the Security Council is the key international body with a mandate to make that happen.”

In April 2021, ASEAN leaders reached a “Five-Point Consensus” with the Myanmar military, aimed at putting the nation back on a path to peace following the February 2021 military coup d’état led by Myanmar Senior General Min Aung Hlaing. The Myanmar junta has flouted the agreement while committing mass atrocity crimes.

The UK is the UN Security Council’s “penholder” on Myanmar and should table a Chapter VII resolution mandating an arms embargo and referral to the ICC, and President Biden should use the occasion of the Special Summit to obtain ASEAN’s support for such a move, Fortify Rights said.

Chapter VII of the UN Charter enables the Security Council to take coercive action with respect to threats to international peace and security; Chapter VII resolutions are binding on all UN member states.

The Myanmar military is responsible for genocide, crimes against humanity, and war crimes and has long posed a threat to international peace and security. Since launching a coup d’état on February 1, 2021, the Myanmar army and police have reportedly killed more than 1,800 people and detained more than 13,640.

In a 193-page report published in March, Fortify Rights and the Schell Center for International Human Rights at Yale Law School documented acts by the Myanmar junta that amount to crimes against humanity, including murder, imprisonment, torture, enforced disappearance, forced displacement, and persecution of civilians.

Since the coup, the Security Council has issued four press statements and one Presidential Statement expressing various levels of condemnation of violence and atrocities in Myanmar, while also backing an ASEAN-led response to the crisis, with no discernible effect. Continued violations by the junta provide a context for heightened action by the body, said Fortify Rights.

While there has been no binding action on Myanmar from the Security Council or ASEAN, individual U.N. Member States have imposed arms embargoes and targeted sanctions on the Myanmar junta, including the UK, US, Canada, Australia, as well as the European Union.

President Biden should also encourage ASEAN member states to engage the National Unity Government of Myanmar, as recommended by Malaysian Foreign Minister Saifuddin Abdullah. Thailand should be urged to stop returning refugees to Myanmar and to authorize cross-border humanitarian aid. The U.S. Government and ASEAN should also ensure that humanitarian aid to Myanmar is not directed through the military junta, said Fortify Rights.

“The Myanmar junta is destabilizing the entire region, and ASEAN is at risk of losing all credibility for failing to take decisive action,” said Matthew Smith. “All governments have a responsibility to protect the people of Myanmar from mass atrocities and that includes members of the Security Council.”