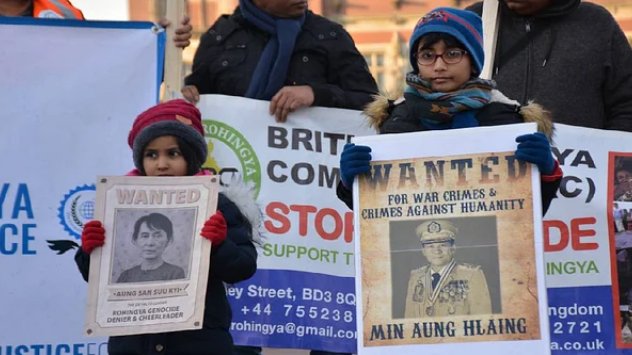 Last Friday, the International Court of Justice (ICJ), the principal judicial organ of the United Nations that deals with legal disputes among member states, dealt a blow to the Myanmar military regime’s efforts to derail the Gambia vs. Myanmar genocide case.

For the community of lawyers and activists campaigning against genocides this is “a complete victory”, as a counsel for Gambia, Arsalan Suleman, said to the Washington Post. The UN court has a dismal record: only two other genocide cases have been heard and ruled on by the ICJ in its seven decades of existence. There are several dozen cases which could have been recognised as genocides, according to the Genocide Watch.

As the case moves ahead, there is an uphill challenge that Gambia will have to overcome as the case proceeds and enters the “merit” phase. Up until now the court’s interpretation of the Genocide Convention, has insisted that a genocide ruling can be made only if the intent to destroy a protected racial, ethnic, religious or national group, in whole or in part, can be proven, beyond reasonable doubt. This has been interpreted as only intent to commit genocide and not intent to commit any other form of state crime including those that fall into crimes against humanity.

This ultra-conservative insistence by the court for what Gregory Stanton, founder of Genocide Watch, calls “single intent theory” is intellectual lunacy, and an empirical falsehood. Organized human deeds are typically triggered by a multiplicity of motives and intents. Any social science undergraduate knows this elemental fact.

There is also another crucial issue that has thus far been left un-addressed either by either Gambia or the court: that is the legitimacy and qualifications of Myanmar Agents.

The great majority of Myanmar do not see the regime as their legitimate representatives. People have expressed their popular will through the armed revolution since last spring

Ironically, and to his credit, Myanmar’s-handpicked judge ad hoc Kress of Germany was the only judge to raise questions about the change of Myanmar’s Agent and Alternate Agent, from the State Counsellor Aung San Suu Kyi and her deputy Kyaw Tint Swe, respectively, to ex-Colonel Ko Ko Hlaing and the military-appointed attorney general Thida Oo.

The military coup of February 2021 that ousted Aung San Suu Kyi has resulted in the slaughter of 2,000 unarmed and peaceful anti-coup activists, imprisonment and torture of 15,000 activists and their family members who are “guilty by association”, numerous crimes against humanity and war crimes being documented by the UN’s Independent International Mechanism for Myanmar (IIMM), including the military’s brutal scorched-earth campaigns against politically defiant ethnic minority communities.

”The great majority of Myanmar do not see the regime as their legitimate representatives. People have expressed their popular will through the armed revolution since last spring”

Additionally, the armed resistance that was triggered by the coup and the violent crackdown of peaceful protests nationwide has resulted in the internal displacement of nearly 800,000 civilians while the pre-existing 500,000 Rohingyas inside the country continue to be caged inside barb-wire-fenced IDP camps in Rakhine state, the site of Myanmar’s genocidal killings.

The great majority of Myanmar do not see the regime as their legitimate representatives. People have expressed their popular will through the armed revolution since last spring. Prior to the coup of 2021 they had expressed it through the ballot box, in the free and fair elections of November 2020 which dealt the military and its proxy Union Solidarity and Development Party “a crushing electoral defeat” and delivered a second 5-year-mandate to Aung San Suu Kyi-led National League for Democracy.

Despite these deeply troubling facts, the court conveniently proceeded to treat, whoever the military regime sent to The Hague as Myanmar Agents (or legal representatives of Myanmar) as if they were genuine representatives of the State – and, needless to say, the people of Myanmar.

Beyond the scope – and the merit – of Gambia vs. Myanmar genocide case at the ICJ, the question of representation is a foundational question that needs to be confronted head-on, intellectually, empirically, and politically.

And yet, the court has failed to provide legal reasoning behind its acceptance of the illegitimate regime’s representatives as agents of a UN Member State. It is tantamount to dismissing and disrespecting will of the people of Myanmar.

Disturbingly, there have been bad precedents in the way the United Nations – and its organs including the General Assembly – have officially embraced genocidal regimes as “true representatives” of certain member states.

Having recently returned from travels across post-genocide Cambodia, including the last stronghold of Khmer Rouge along the Thai-Khmer border, my memory of the conversations is still fresh, both with my Cambodian colleagues at the (Genocide) Documentation Center of Cambodia and a small number of Cambodians who are part of ex-Khmer Rouge rank and files and families along the Thai-Cambodian borders.

I learned that for 12-straight years after the facts of genocide came to light (1979-1991), Khmer Rouge regime was allowed to hold the Cambodian seat at the UN General Assembly, play a leading role at the UNESCO and travel with no sanctions or restrictions globally, all thanks to the 3-veto wielders, namely USA, UK and China.

Besides, most of the professional human rights organisations of the West chose not to raise the issue of genocide regarding Khmer Rouge at the UN, which Washington and London considered crucial, for its proxy Cambodian war against Vietnam, a USSR ally, according to the eminent historian of Cambodian genocide Ben Kiernan of Yale University.

Of course, the Cold War is long over, and the West, international lawyers and human rights watchdogs have been very supportive of Rohingyas’ struggle for justice and accountability. Despite the court’s morally shady acceptance of the genocidal regime as Myanmar state’s representative in its proceedings, the West – and even the Association of South East Asian Nations (ASEAN) – are seeking to deprive Myanmar’s criminal regime any semblance of normalcy and recognition.

But as long as Russia – a pariah in the West since its invasion of Ukraine in April – and China – itself credibly alleged to be commissioning a genocide against Uyghurs – continue to protect the Myanmar military regime at the Security Council, and as long as there is no meaningful process for peace and reconciliation between the regime and the multi-ethnic society at large in Myanmar – the sad reality is there exists little or no prospects for meaningful justice for Rohingyas.

Genuine justice for Rohingya survivors in the camps must mean not simply ICJ rulings on Myanmar as a UN member state (and future ICC indictments of Myanmar generals). Rather, it must mean at the bare minimum the safe return of more than 1 million Rohingya languishing in extra-legal and sub-human conditions in Bangladesh, Malaysia, Saudi Arabia, India and Pakistan. That kind of justice cannot be delivered by any UN or national court.