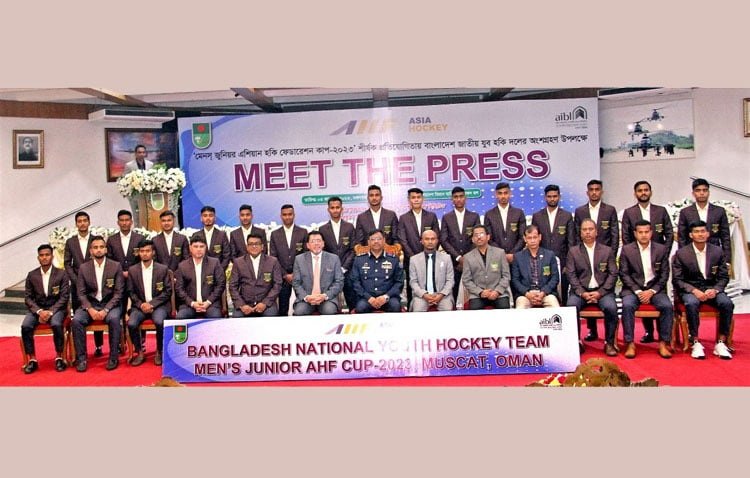 Bangladesh which pitted in group B along with Sri Lanka, Hong Kong and Uzbekistan while the Pool A consist with Thailand, Chinese Taipei, Indonesia and host Oman.

Bangladesh will start their tournament campaign when they face Hong Kong in one of the four opening day’s matches on January 6, meet Sri Lanka on January 7 and play the third and final group match against Uzbekistan on January 9.

The semifinals of the competition will be held on January 11 while the final is slated for January 12.

Bangladesh won trophy of the Men’s Junior AHF Cup hockey in one occasion backed in 2014.

Ahead of the team’s departure, a press conference was held today (Tuesday) at Bangladesh Air Force Falcon Hall.

Later the Oman-bound youth hockey team took part in a group photo session with BHF’s president and other officials of the BHF.