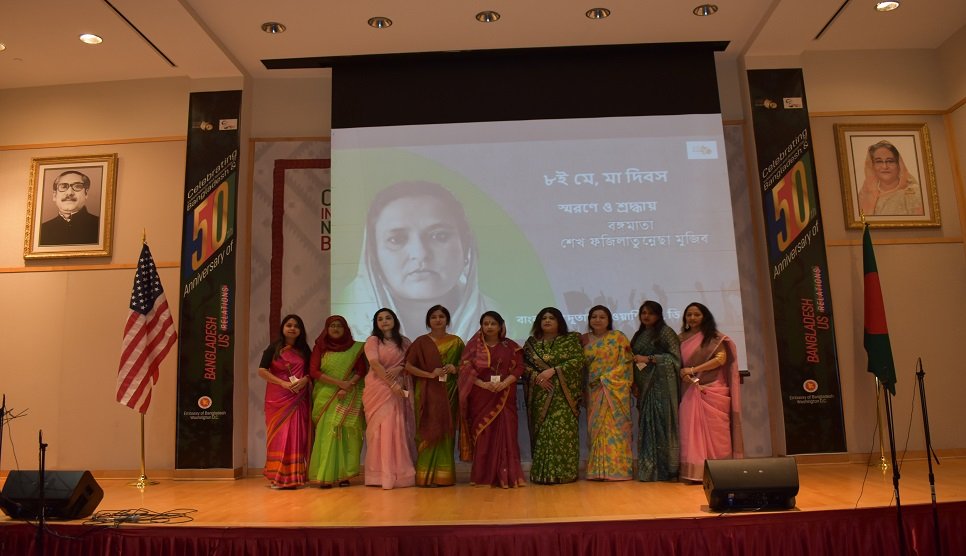 Community News Desk: The Bangladesh Embassy in Washington DC celebrated the Mother’s Day on Sunday (May 8) by paying profound respect to all mothers of the world with particular mention to Bangamata Sheikh Fazilatunnesa Mujib, wife of late President Sheikh Mujibur Rahman, for their great contributions and sacrifice for society and the nation.

On the occasion, a discussion meeting was organised at the Bangabandhu Auditorium of the Embassy in the afternoon.

Taking part in the discussion, Bangladesh Ambassador to the USA M Shahidul Islam said the mothers are playing an important role in building an enlightened society alongside their families by forgetting their all pains and sorrows.

Ambassador Islam paid deep homage to BangamataFazilatunnesa Mujib and recalled her outstanding contributions and sacrifice for society and the nation.

He said Bangamata was the source of inspirations for Sheikh Mujibur Rahman in the country’s all democratic movements, including independence struggle.

Later, a documentary on the life and works of Bangamata was screened.