বাংলা সংস্করণ
Headlines
Home Community News Mayor Arif visits ‘Apasen’ in the UK, and pledges to work together to serve people with special needs in Sylhet 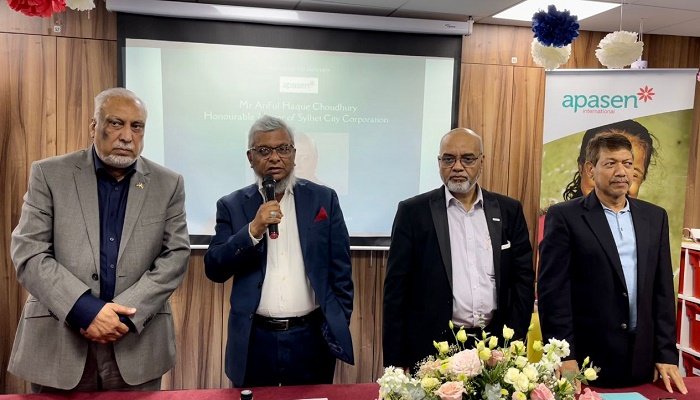 Mayor Arif visits ‘Apasen’ in the UK, and pledges to work together to serve people with special needs in Sylhet

Mahmud Hasan MBE thanked the mayor for his cooperation in conducting the activities of Apasen International in Sylhet. He also expressed his determination to work jointly with the City Corporation for people with special needs. Mayor Arif praised Apasen’s efforts in providing specialized services and promised to provide land for the Apasen Sylhet Center.

During this time He called upon Apasen to provide relevant services in the light of his long experience including training to ensure the service of people with special needs in Sylhet.

Helal Rahman, Chairman of the Board of Trustees of Apasen International, concluded the event with concluding remarks.