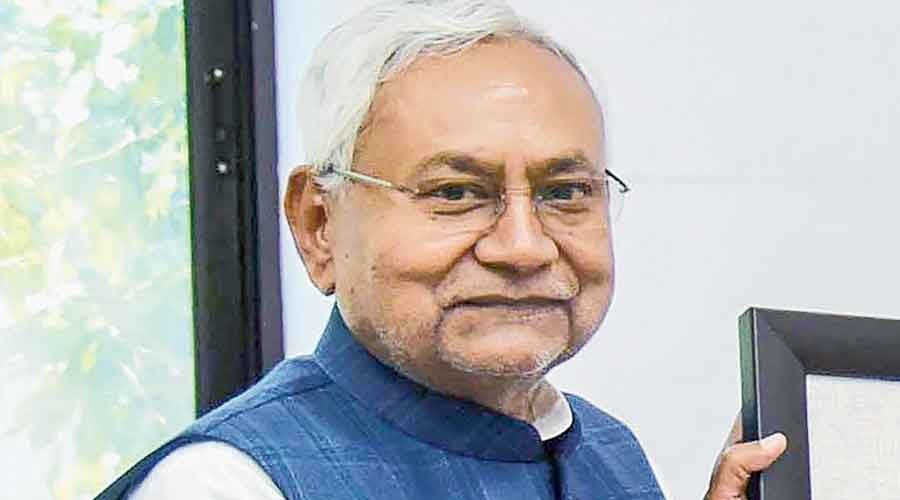 CM also brings up his objections to the questions included in the census, which was scheduled in 2021 but has been delayed due to the Covid-19 pandemic

Dev Raj, Patna: Bihar chief minister Nitish Kumar on Monday parried questions on the move by BJP state governments towards a uniform civil code but chose to talk about the Citizenship Amendment Act (CAA) and his objections to the questions included in the census format.

In the past, he had always taken a stand against attempts to impose a uniform civil code.

“Common civil code is a different matter. It is a separate thing. What they (BJP leaders including Union home minister Amit Shah) are talking about implementing after the Covid-19 era ends is the Act (CAA) that has been made for the minority people in three countries…. It is for the Centre to see to it,” Kumar said.

The chief minister was talking to the media on the sidelines of his ‘janata durbar’ (public interaction) in Patna. He also supported the demand of the Muslims to be covered by the CAA.

Kumar also brought up his objections to the questions included in the census, which was scheduled in 2021 but has been delayed due to the Covid-19 pandemic.

“We asked the central government to include only those questions (in the census) that were agreed upon in 2010. The present format includes questions about the birth date of parents. Does everybody know this? This was not traditionally followed. We have written to the Centre that this should not be included and the census should be conducted as per the 2010 provisions,” Kumar said.

He had previously said that including questions on the birth date and place of parents was an attempt to implement the National Register of Citizens (NRC) through the back door.

The country had seen massive and vigorous agitations against CAA, NRC and National Population Register (NPR) in 2019-20.

However, Kumar’s evasive reply on uniform civil code raised eyebrows across the political spectrum in the state because he had earlier strongly objected to it.

The chief minister avoiding the controversial issue stood out further as it came after months of tension between him and the BJP over internal administration, hijab, namaz in the open and use of loudspeakers for religious purposes.

“This is surprising because Nitish Kumar has always taken a stand against the uniform civil code. What could be the reason behind this? Is he placating the BJP or has he been sounded out about some top job at the Centre,” a senior Janata Dal United (JDU) wondered.

The softening of Kumar’s stand could also be a result of Union education minister Dharmendra Pradhan coming as an emissary of Prime Minister Narendra Modi and meeting him on May 5.

Asked about Pradhan’s visit, Kumar was again evasive. “Why do you ask such questions? Our relationship is not a new one. We had just some chit-chat and so much news was published. He (Pradhan) had been a Rajya Sabha member from here. He had been in-charge of his party here. It was a personal, normal meeting. There is no need to look for any meaning in it,” he said.