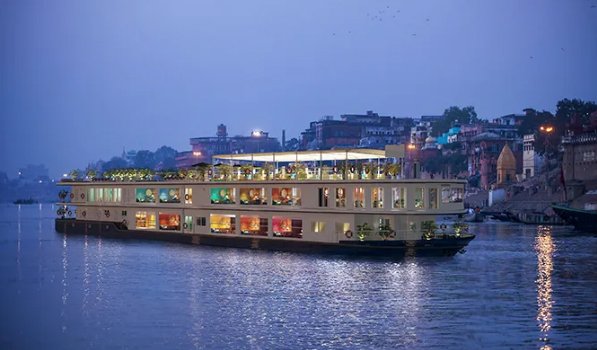 Centre hopes to start the service next year in a bid to boost the development of the inland waterways in India.

Starting on January 10, the cruise will cover 4,000-km long and will 50 days to complete the journey from Varanasi.

It will pass through Kolkata and Dhaka before reaching Bogibeel in the Dibrugarh district on March 1, LiveMint reported.

“Ganga Vilas cruise will sail from Varanasi to Dibrugarh in the longest river journey of 50 days covering 27 river systems and visit over 50 tourist sites including World Heritage Sites. This will be the single largest river journey by a single river ship in the world and would put both India and Bangladesh on the river cruise map of the world,” Union ports, shipping and waterways minister Sarbananda Sonowal told Mint.

The government has planned to operate the Varanasi-Dibrugarh cruise in a public-private partnership (PPP) mode.

The Inland Waterways Authority of India (IWAI) has signed an MoU with Antara Luxury River Cruises and JM Baxi River Cruises for the initiative.

The ticket price would be decided by the operators without the Centre’s intervention, the report added.

“The service will facilitate all kinds of tourists. Moreover, with the amendment to Indian Vessel Act, cruise lines would have a national permit to move seamlessly across states,” Sonowal added.

After the amendment of the Indian Vessel Act, cruise liners would have a national permit to move seamlessly across states, he said.

The cruise will start in Varanasi and reach Patna on the 8th day passing through Buxar, Ramnagar, and Ghazipur.

The cruise will cover almost 1,100 km in Bangladesh before entering India.

This will be possible under the Indo-Bangladesh Protocol Route, which has already opened trade and transit channels connecting the two countries on Ganga and Brahmaputra rivers. NE NOW NEWS