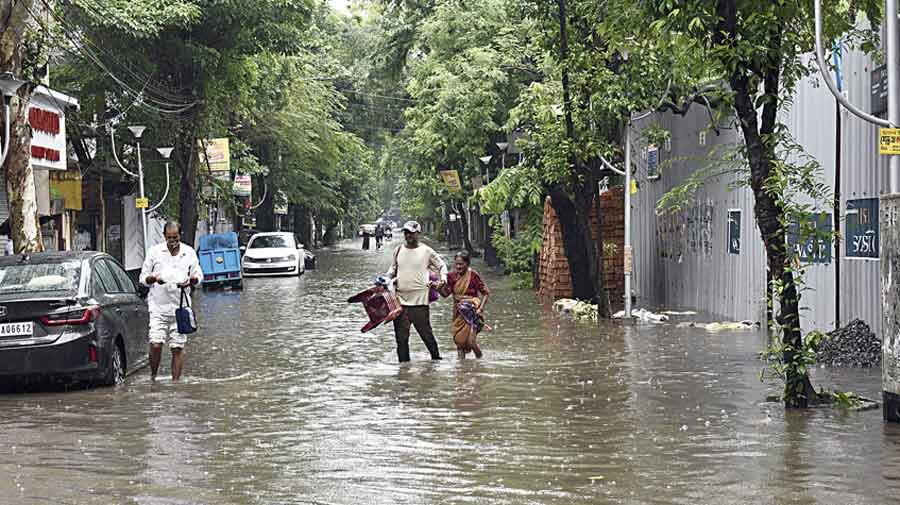 KINSUK BASU: Parts of Kolkata were flooded on Monday morning but the water drained out into the Hooghly fast because the river’s water level was not too high even during high tide, enabling civic officials to keep the gates of the drainage channels open.

Port trust officials said this was a season of neap tides (moderate tides) when the water level in the Hooghly during high tide remains below the usual high-tide level of 5 metres.

A neap tide period refers to one of moderate tides when the sun and the moon are at right angles to each other.

On Monday morning, the water level of the river rose to 3 metres at the peak of high tide. “As a result we did not have to close the gates of the drainage channels, which open into the river, resulting in faster dispersal of water,” said an official of Kolkata Municipal Corporation.

The high tide on Monday morning started at 7.18. And the showers across the city started between 7.30am and 8am.

“The high tide over the next few days shouldn’t be a cause of worry,” said a port trust official.

Similar scenes were witnessed along some stretches of EM Bypass before senior police officers intervened to streamline traffic.

Unlike other times, there were no major reports of severe waterlogging from the low-lying pockets of central Kolkata, including Bowbazar, Chittaranjan Avenue, Amherst Street and Muktaram Babu Street.

“These areas did not suffer waterlogging because rainfall was relatively low in north Kolkata,” said a civic official.

“The sluice gates could be left open for a long time so that the underground drainage network could carry water to the Hooghly. Several key thoroughfares have been de-silted and that helped drain water faster,” said Tarak Singh, Kolkata Municipal Corporation’s mayoral council member in charge of drainage.

“Traffic was slow in the early morning hours but gradually it became normal,” said an officer at Lalbazar.