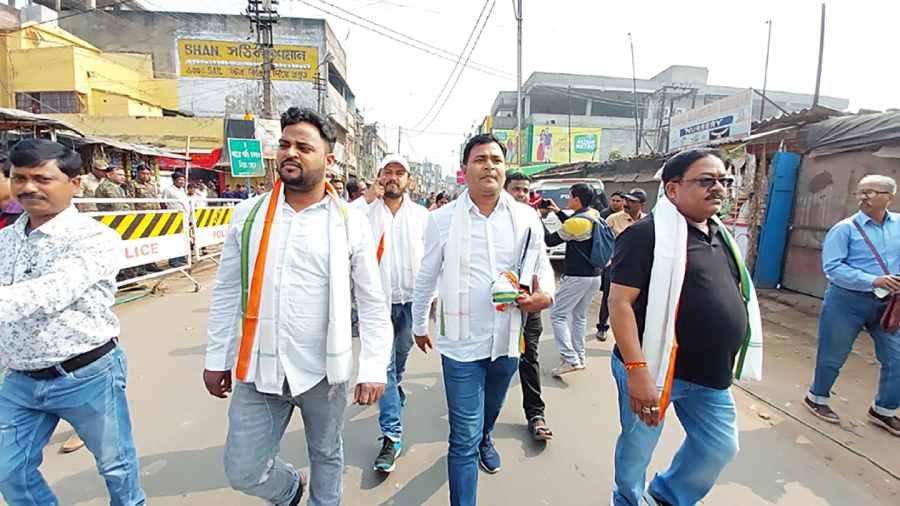 Jhalda civic board gets two chairpersons

Abhijeet Chatterjee, Durgapur: One municipality, two chairpersons. Jhalda municipality in Purulia was thrown into this unprecedented situation on Saturday when the state government appointed a Trinamul councillor as an administrator for the civic body when the majority in the 12-member civic body had chosen Sheela Chatterjee, an Independent, to helm it.

“Something like this has never happened in the state before,” said a senior district official, reacting to the urban development and municipal affairs department decision to appoint Trinamul councillor Joba Machuar as temporary chairperson of Jhalda municipality with a directive issued on Friday.

According to the order, Joba Machuar will be the chairperson till a new municipal chief is appointed in Jhalda.

The civic body had to elect a new chair on Saturday after Suresh Agarwal and Sudip Karmakar resigned as chair and deputy following their defeat in the no-confidence motion brought by five Congress and two Independent councillors together on November 21.

Terming the government order “illegal” and “a conspiracy”, the Congress and two Independent councillors held a meeting together on Saturday and elected Sheela Chatterjee as the new chairperson of the civic body.

With two chairpersons, one elected by councillors and the other appointed by the government, residents of Jhalda were clueless.

Amid this confusion, Congress councillors said that they would move court.

State Congress president Adhir Ranjan Chowdhury said the ruling party in the state was conspiring to prevent them from forming the board in Jhalda municipality though they had majority.

“First they killed our elected councillor Tapan Kandu and then appointed a chairperson illegally again to prevent us from forming the board at Jhalda. We will move high court,” he said.

Trinamul Purulia president Soumen Belthoria, however, said the government’s decision to appoint Machuar was according to the rules of West Bengal Municipal Act 1993.

In civic polls held in February, both Trinamul and Congress won five seats each and Independents two.

While both the parties were trying to form the board, Congress councillor Tapan Kandu was murdered on March 13, following which Trinamul, with support from two independent councillors, formed the board in April.

However, the Congress won the bypoll held in ward 2, vacant after Kandu’s murder, and two Independent councillors pledged to support the Congress.

“The Congress sent a letter signed by seven councillors seeking no-confidence against the board on October 13 and the no-confidence was passed in a vote held on November 21, paving the way for a new chairman…. But the situation changed again with the government appointing a councillor as the new chairman,” said a source.