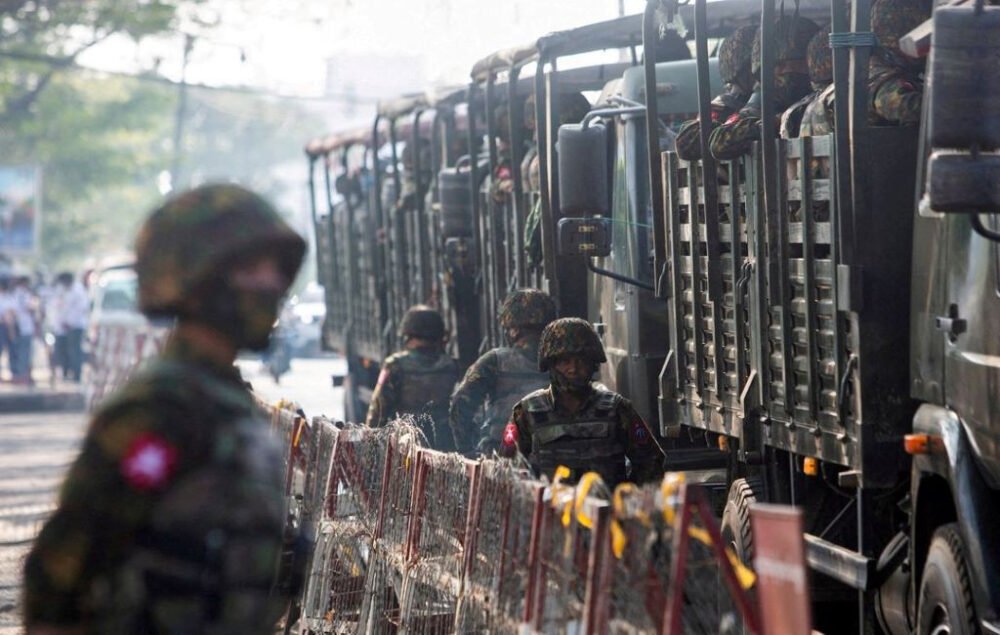 The junta, which recently wrapped up a series of closed-court trials of Suu Kyi, is preparing for fresh elections later this year

Swaths of the Southeast Asian country have been engulfed by fighting between junta troops and anti-coup rebels since the military seized power almost two years ago.

The junta, which recently wrapped up a series of closed-court trials of Suu Kyi, is preparing for fresh elections later this year that the United States has said would be a “sham”.

Tanks, missile launchers and armoured cars rolled through the dawn air to a parade ground in the capital, AFP correspondents said, kicking off a military display marking 75 years since Myanmar gained independence from Britain.

Civil servants and high school students followed the troops, accompanied by a military band as 750 “peace” doves were released to mark the occasion, according to state media.

The military is meeting with political parties for discussions on “the proportional representation electoral system”, he said, without giving further details.

Analysts say the junta may scrap the first-past-the-post system that saw Suu Kyi’s National League for Democracy win sweeping majorities in 2020 and 2015.

Russia is a major ally and arms supplier of the isolated junta, which has said Moscow’s invasion of Ukraine almost a year ago was “justified”.

The junta has handed out hundreds of awards and medals to its supporters in the run-up to the event, including a firebrand monk known for his role in stirring up religious hatred in Myanmar.

Wirathu — dubbed “The Buddhist bin Laden” by Time Magazine in 2013 following deadly communal riots — was awarded the title of “Thiri Pyanchi” on Tuesday, for “outstanding work for the good of the Union of Myanmar”.

But celebrations of public holidays have been largely muted since the putsch as people stay home in protest against the junta.

AFP correspondents said there was an increased security presence in the commercial hub Yangon, which has been hit by a string of bomb attacks in recent months.

The US embassy warned of “potential increases in attacks, targeted shootings, or explosions” on Wednesday.

The military has made unsubstantiated allegations of massive voter fraud during elections in November 2020, which were won resoundingly by Suu Kyi’s National League for Democracy, as a reason for its coup.

International observers said at the time the polls were largely free and fair.