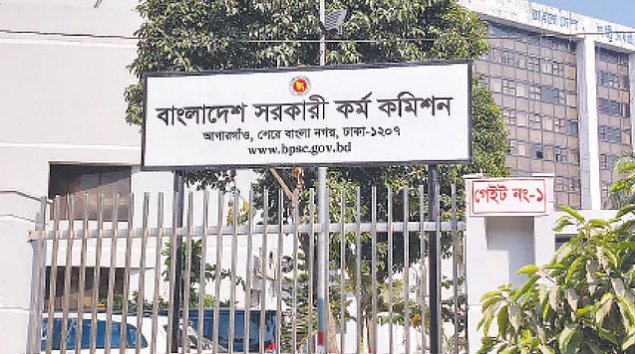 Mosabber Hossain, Dhaka: The transparency of Bangladesh Civil Service (BCS) exam has hardly been put into question, unlike other government job exams for ministries and government departments.

But some applicants have raised questions about how the seat plan for the exam is fixed. They feel that the current system is allowing some aspirants to sit for the exam in groups.

However, Bangladesh Public Service Commission (BPSC), which holds the most competitive exam in the country for jobseekers, says they are working to make sure this doesn’t happen in the future.

After a circular for the BCS exam gets released, aspirants usually get one to one-and-half months to apply. The applicants have to pay the exam fee within 72 hours of application. They have to pay a fee of Tk 700 through a Teletalk pre-paid number. The seat plan is decided in accordance with the payment of exam fee.

Groups of aspirants from almost all universities, student halls, library study groups and some Facebook groups pay the fee simultaneously in an attempt to get seated at the same exam centre and at the same room.

The preliminary exam of the 44th BCS was held on 27 May. One of the examinees who sought anonymity told Prothom Alo, he sat for the exam at the Government Boys High School. In his room, 20-25 examinees were students of the same university. All of them studied for the BCS exam as a group at Dhaka University’s Central Library. Later, they opened a Facebook group where they coordinated to make sure they paid the exam fee at the same time. That’s why all of them got assigned to the same exam room.

An examinee named Ashik Ahmed told Prothom Alo, many examinees now apply together and get seated side-by-side. This practice wasn’t prevalent before but this year it has spread everywhere. In some universities, 400-500 students paid the fee simultaneously.

Another aspirant Mirajul Islam explained how a big group of examinees pay the exam fee at the same time. He said, 50-100 people open a group in Facebook or Whatsapp. Through discussion, they fix a time when all of them will pay the fee. They fix an unusual time to send the fee, for example, 3:00 AM.

As most students don’t pay the fee in those hours, the likeliness of them getting seated in the same centre and even the same room becomes very high. Because, right after paying the fee examinees get their registration number, which is used to fix the seating.

Mirajul Islam further said that more than clearing the preliminary exam, examinees do this to get an unfair advantage during the written exam. After passing the preliminary exam, they can jointly prepare for the written part with examinee who will sit in front or behind them. One could focus more on math while the other could focus more another subject like Bangla. Many even fix sign language between them and communicate using that during the exam.

Tamim Rahman, an employee at a government bank, told Prothom Alo, “I also applied in three BCS exams in a group. In every campus, there is an unwritten rule- make a group to study together, apply together and sit for the exam together. But this time, this is being talked about more in the social media. PSC needs to rethink about this. They should assign rolls not on the basis of when someone applies. That’s how they can stop this trend.”

When asked about this, PSC chairman Md Sohorab Hossain said, “We have spoken with Teletalk about the problem regarding seat plan. We are taking initiatives to solve it. Basically, some opportunistic applicants are doing this. Why should they be allowed to do this? We are working to fix this problem. Hopefully, this won’t cause problems anymore.”