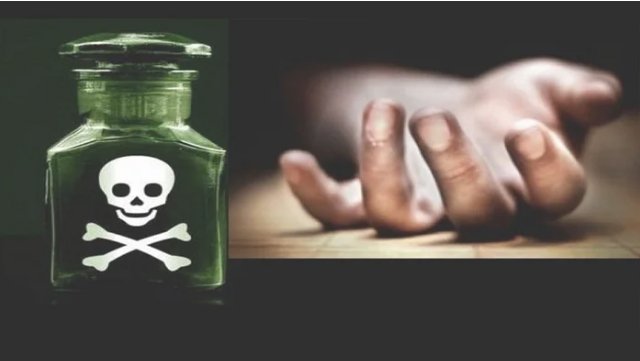 Can suicide really be an ‘honourable act’?

Is suicide a right way of protest? Can it ensure exemplary punishment for rapists? Can it protect the family honour from being tarnished? The answer must be ‘NO’. People who commit suicide also know the brutal truth that their deaths won’t bring any changes to society.

Despite this, some hang themselves and some take poison to escape their unbearable agony. According to sociologist Emile Durkheim, ‘Suicide is an honourable act in certain circumstances.’ But is it really an ‘honourable’ act?

Let me remind you of some incidents of suicide that took place in the country recently. These incidents may even lend substance to the Durkheim narrative and clarify that the state and the society are responsible for the deaths.

Abhinath has earlier sought water for irrigation for 12 days and finally told the operator of the Barendra Multipurpose Development Authority (BMDA) deep tubewell that he would take poison and kill himself if he wasn’t given water. The operator paid no heed and eventually Abhinath and his cousin committed suicide.

Actually, they need water for not only irrigating their land, but also for the sake of survival. If they can’t grow crops on their lands, their family will die of starvation.

If they don’t have enough money, they will be unable to purchase essential commodities from the market, take their ailing relatives to hospital or send their children to school. Ultimately, death will be the brutal outcome of their lives. In that situation, what would they do?

They can’t enjoy the rights they are entitled to as per the constitution. They are encircled by security forces. They feel treated like animals in the zoo. People travel to the places where the ethnic minorities live to spend their vacations. Researchers, government and non-government officials visit them to carry out research.

Beyond this, minorities have no value. The cousins realised this after approaching the deep tubewell operator 12 times in vain. They concluded that suicide would be the only ‘honourable act’ for them in this circumstance.

As long as the state won’t feel the pain tearing them apart, this trend will persist.

Recently, a 16-year-old school girl committed suicide after being raped in Jamalpur. Before hanging herself from the ceiling, she penned a note where she mentioned the name of the rapist and what happened with her was ‘something so bad that she could not tell’. The innocent girl is no more and the accused, Tamim, a cable mechanic, also a relative of the former union chairman, has been arrested.

Let’s imagine what would happen if the girl told her parents of the matter. First off, her parents might bar her from going to the school and try to marry her off as soon as possible instead.

Secondly, if the locals were informed of the matter, they would definitely marry the school girl off to the culprit through arbitration. If she would refuse to tie the knot with the rapist, she might not receive any marriage proposal in her whole life.

Thirdly, her family would have to move somewhere else to escape the social stigma. Fourthly, if the family would file a case with the police station over the matter, the girl would have faced some inappropriate and humiliating questions by the police.

Thinking about such brutal realities, the girl decided to kill herself though it was a wrong decision. She thought ending her life would be the ‘honourable act’ in this circumstance because she knew the society and its people well and knew the reactions they would come up with after hearing the incident.

”Don’t give up hope, learn to fight back. Hope! Hope! And hope for the best…”

After a few days, people forget everything and the criminals walk out of jail on bail. Then one day, the rapist will remarry again and become the father of children. The victim’s parents will not proceed with the case to prove that their daughter was raped that pushed her to committee suicide. Instead, they will opt for negotiation, thinking about the future of their other children.

But why are you hanging yourself? If you aren’t alive, there will be nobody to point their finger at the rapist’s face and say he is a rapist. Remember what Ernest Hemingway said: A man can be destroyed but not defeated.

We hope the paddy fields of the Santal farmers will be irrigated with rain one day. They won’t need to run after the tubewell operators for irrigation. Their family will be happy taking the bumper crop home. Their problems will be solved and they will survive enjoying all rights they are entitled to. For that day, you will have to stay alive. For that change, you will have to struggle. Don’t give up hope, learn to fight back. Hope! Hope! And hope for the best…

NH Sajjad, sub-editor of Prothom Alo. He can be reached via [email protected]