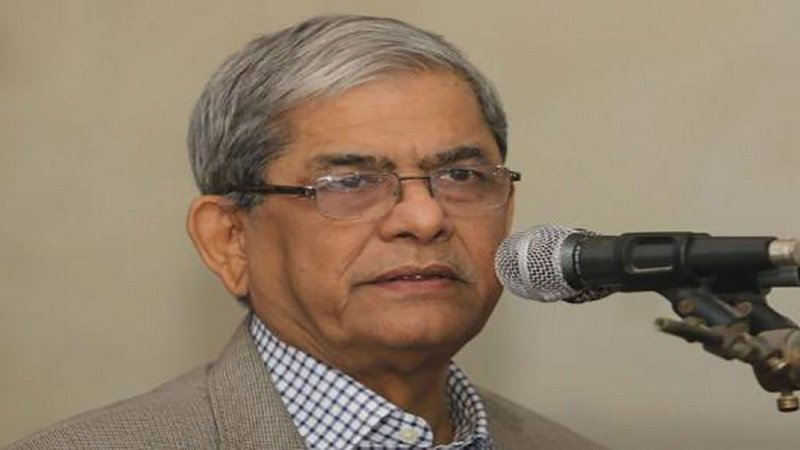 “The Awami government, which usurped power, has now reached the extreme level of fascism. It’s taken all possible initiatives to make enforced disappearance, extrajudicial killing, kidnapping, extortion and grabbing part of national culture,” he said in a statement.

The statement was issued protesting the jailing of 30 leaders and activists of Chattogram city unit BNP and its associate bodies.

Fakhrul said BNP leaders and activists are put behind bars in ‘false cases’ to hide its failure to check the growing prices of essential commodities and public sufferings for lack of gas, electricity and pure water.

“This’s a continuation of the ongoing repressive policy of the anti-people government. But people are now united to put an end to all misdeeds and misrule. If power is not handed over to people, the powerhouse of the illegitimate regime will fall apart anytime,” he observed.

The BNP leader said denying BNP leaders and activists bails by court in ‘false’ and ‘motivated’ cases has now become an order of the day of the government. “To make such a programme a success, the government has already snatched people’s voting and democratic rights.”

Fakhrul demanded the release of the jailed BNP leaders and activists immediately and withdrawal of the case filed against them.UNB