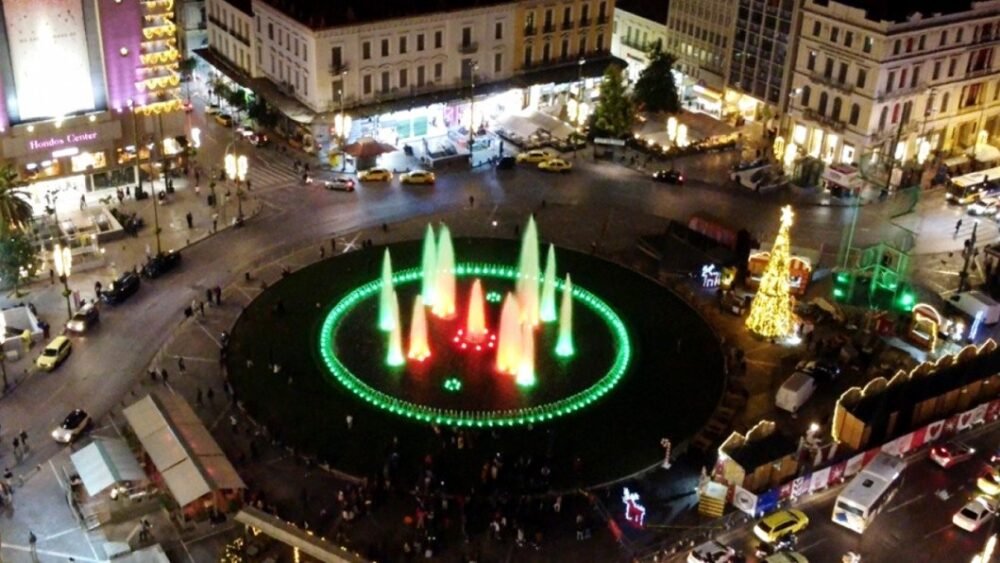 Greece’s Omania Square fountain lit up in red and green

Motiur Rahman Munna: In a first, the fountain of the historic Omonia Square was illuminated with the colours of the Bangladesh national flag in Athens, the capital of Greece, to celebrate Victory Day.

Bangladesh Embassy in Greece took the initiative with the help of Athens Municipal Authority.

After 7:00pm (local time) on December 16, this spectacular water fountain was illuminated with red and green lights which will remained until the next morning.

Omonia Square is the oldest square in the city of Athens and an important shopping centre. It is located at the junction of 6 main roads in the heart of the capital.

Most of the Bangladeshis living in Greece live in the city of Omania.