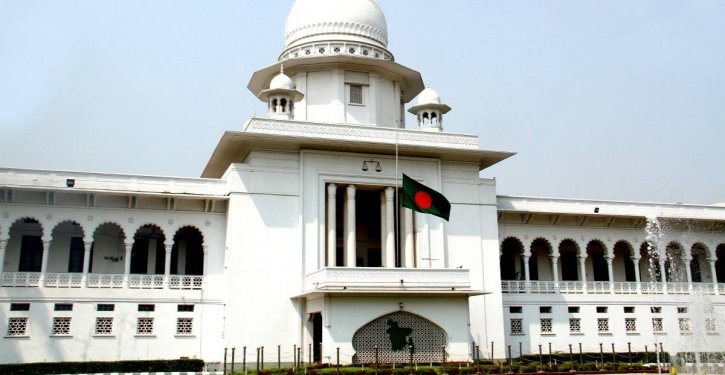 The High Court on Tuesday commuted death sentences of four people to life term imprisonment in connection with a case filed on a charge of the gang-raping a woman and taking video of the incident in Narsingdi in 2013.

The HC bench also acquitted two other convicts, who was also received the death penalty in connection with the case.

The HC bench comprising Justice Bhishmadev Chakrabortty and Justice Khandaker Diliruzzaman came up with the orders after reviewing the case dockets, death references, and appeals of the convicts.

Later, convicted persons filed appeal with the High Court challenging the lower court verdict. After hearing on their appeals, the HC bench on Tuesday came up with the orders.

Advocate Mansurul Haq Chowdhury, counsel for the appellants, said the High Court commuted the sentence for Ashiqur, Iliyas, Romin, and Robin to life in prison while it acquitted Ibrahim and Rahman of the charges in the case.

According to the case documents, a then 20-year-old worker of the Pran-RFL Company was on her way to the company’s dormitory at Mukta Villa after her day’s work on May 23 in 2013, when the convicts kidnapped her in front of Janata Jute Mills gate.

They raped her taking her to an isolated place and recorded the incident on their mobile phones.

The woman was let go about half an hour after the incident.

The following day, the victim informed the company’s assistant manager ASM Sadequl Islam about the incident and a case was filed against the six men with the Palash Police Station.