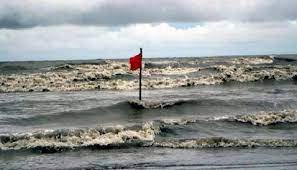 UNB: The maritime ports of Chattogram, Cox’s Bazar, Mongla and Payra have been advised to keep hoisted at local cautionary signal No 3 to alert vessels of a possible squall although the land depression weakened into a well-marked low.

It is likely to weaken further, it added.

All fishing boats and trawlers over the North Bay have been advised to come closer to the coast and proceed with caution until further notice. They have been also advised not to venture into the deep sea.

Meanwhile, Low-lying areas of coastal districts and their offshore islands and chars are likely to be inundated by tidal surges.