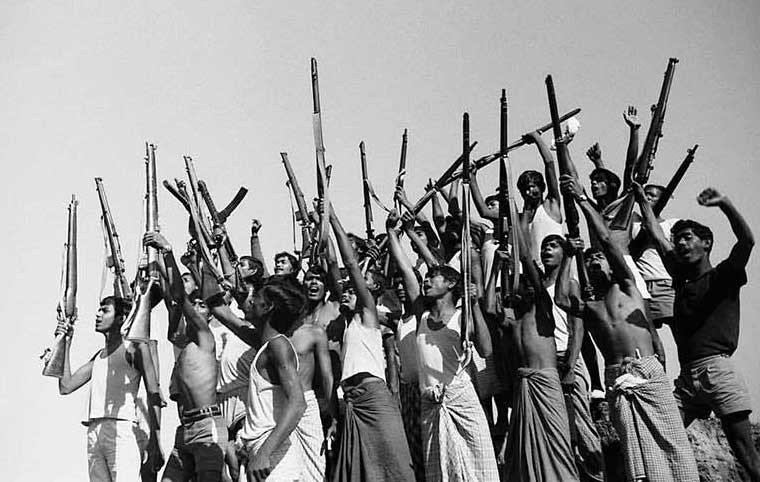 The non-cooperation movement, launched by Father of the Nation Bangabandhu Sheikh Mujibur Rahman and the Awami League on March 2, was in full force now.

In the course of the movement, six people were martyred in Khulna and Chittagong. The death toll till March 4 rose to 121.

A major decision regarding radio and television was taken on this day as Radio Pakistan Dhaka started its broadcast as Dhaka Betaar Kendra and Pakistan Television reinvented itself as Dhaka Television.

The stations not only broadcast all directives issued by the Awami League but also played the patriotic tunes of Rabindranath Tagore and rebel poet Kazi Nazrul Islam.

Radio and television artistes also announced that they would not participate in any programs on television and radio assigned by the head office as long as the people of the country continued their struggle.

Meanwhile, the people of Bangladesh were greeted and congratulated by Bangabandhu Sheikh Mujibur Rahman for successfully observing the strike over the postponement of the national assembly session by the then Pakistani President, General Yahya Khan.

Bangabandhu Sheikh Mujibur Rahman in a speech said that without immense sacrifice no country has ever achieved independence. He said: “We need to stand up against the oppressive Pakistanis.”

Awami League chief Sheikh Mujibur Rahman also called for hartals on March 5 and 6 from 6am in the morning to 2pm.

He also said that offices that were yet to dispense salaries to employees would remain open from 2:30pm to 4pm.

On the same day, at a press conference at the Karachi Press Club, air marshal (retired) Asghar Khan urged the regime to hand over power to the Awami League to keep the country from being separated.

Students and 55 teachers of Dhaka University, in separate statements, expressed anger over the role of the Dhaka newspaper Pakistan Observer against public opinion.

In West Pakistan, People’s Party Chairman ZA Bhutto at a press conference said that to reduce the crisis in the country his party would try its best to meet the Six-Point demand.

On the same day, in protest against a military attack on Bangalees, Vice Admiral S.M. Ahsan and Lt. Gen. Sahibzada Yaqub Khan resigned from their posts as governor of East Pakistan and martial law administrator respectively. General Tikka Khan was appointed to replace them.