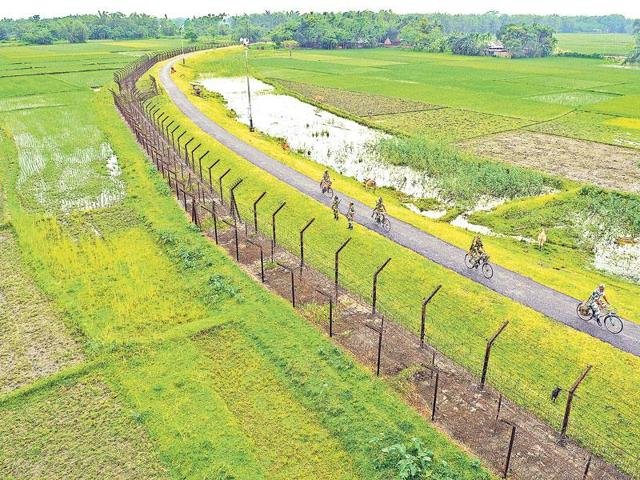 “Assam is fighting the issue of illegal migration with strong determination, which has started to show results as there has been a decrease in illegal infiltration,” Amit Shah said.

Union home minister Amit Shah made this statement while addressing a rally in Guwahati on the occasion of completion of 1 of Himanta Biswa Sarma-led BJP government in Assam.

However, while complementing the BJP-led government in Assam, the union home minister Amit Shah lambasted the West Bengal government for “not cooperating with the centre” on the matter.

“Data shoes that in the last six years, infiltration has decreased and we hope to put a complete end to it soon,” Amit Shah had said in while visiting border areas in Mankachar in Assam on Monday.

Notably, illegal migration from Bangladesh into Assam has been an important political issue in the state since the 1980s.

Assam agitation in the 1980s led to the signing of the Assam accord, a tripartite memorandum of settlement, between the centre and leaders of Assam movement.

The Assam accord was signed in the presence of then Prime Minister Rajiv Gandhi in New Delhi on August 15, 1985.

Led by All Assam Students’ Union (AASU), the protestors demanded the identification and deportation of all illegal foreigners – predominantly Bangladeshi immigrants.

They feared that past and continuing large scale migration was overwhelming the native population, impacting their political rights, culture, language and land rights.