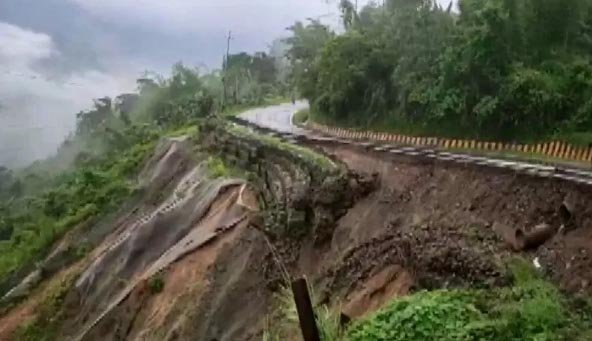 Due to the incessant rainfall in the past couple of days, the district reported several landslides which affected rail routes between Maibang and Mahur, delaying trains, said an official.

The railway staffers are working to restore the damaged parts, he added.

“We had stopped passenger train at Maibong station. Our teams are working to restore the damaged track. Several trains are running slowly due to the landslide,” a railway official said.

The police and district administration officials rescued 11 workers who were stuck on the other side of the Jatinga river near Harangajao.

According to reports, the connectivity between Haflong and Silchar snapped as water level rose on the highway near Kapurcherra in the hill district, while Haflong-Lanka road has also been cut off due to heavy landslide in various areas in between the routes.

On the other hand, several parts of Haflong town have also been inundated by the heavy downpour.