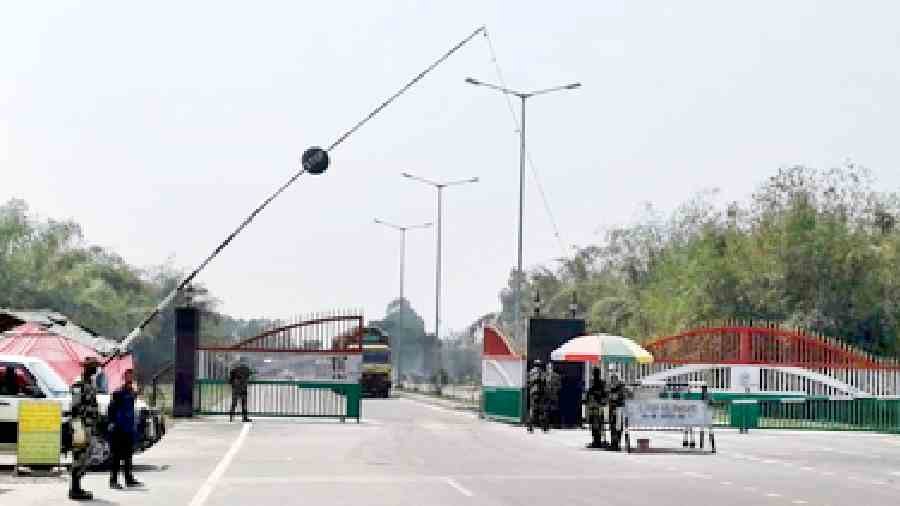 We have identified a plot of around 25 acres in Fulbari near the Zero Point: Jalpaiguri district magistrate

West Bengal News Desk: The West Bengal government has identified a parcel of land for building an integrated check post in Fulbari, one of the transit routes to Bangladesh located at the southern end of Siliguri under Jalpaiguri district, and is ready to assist the Land Ports Authority of India (LPAI) to take over the plot.

On Thursday’s virtual meeting, representatives of the state, including chief secretary H.K. Dwivedi, informed the LPAI officials that a formal letter of requisition from their end would make the Jalpaiguri district administration initiate necessary steps to help LPAI take over the land.

“We have identified a plot of around 25 acres in Fulbari near the Zero Point. It belongs to 78 persons who are ready to part with land for infrastructure. The LPAI will compensate them. The chief secretary has informed them in Thursday’s meeting that we are ready to help them get the land,” said Moumita Godara Basu, the Jalpaiguri district magistrate.

Fulbari, on Asian Highway-II, opens at Banglabandha, a land port in the Panchagarh district of Bangladesh. It, however, doesn’t have an integrated check post (ICP) so far. Hundreds of trucks loaded with various items, including trucks from Bhutan, enter Bangladesh through Fulbari every day.

Without the ICP, Customs and other departments face problems in carrying out work on the border.

At the virtual meeting, the LPAI officials initially asked for 45 acres for the ICP. The state officials, in reply, spoke about the 25-acre plot and also that the state is building a truck terminal near the land port.

Officials of some other districts of Bengal which have international borders were also present at the meet.

“Around a year ago, a team from LPAI visited Fulbari and said they need land for the ICP…. The onus is now on them (LPAI) as we have identified land,” said a state government official.

Many central ministers and BJP leaders have often in the past accused the Mamata Banerjee government of delay in acquiring land for infrastructure projects, especially highways. But now, the state has acted proactively on this plot of land, pointed out a political observer.