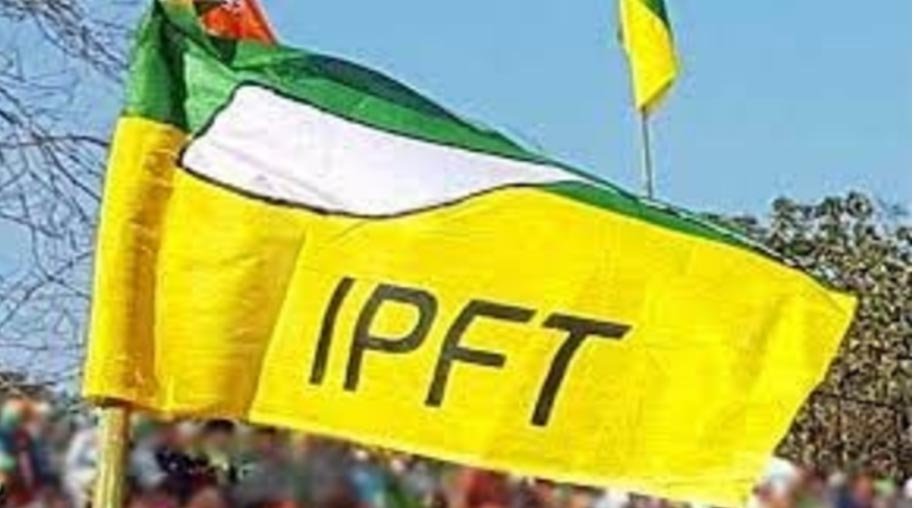 Tripura News Desk: In a significant political development, the junior ally in the Tripura government IPFT has been witnessing a rift in the party rank and file with the two most influential leaders of the party engaging in a turf war over the post of party president.

The crisis in the ruling party sparked resentment as senior party leaders expressed their disappointment over the issue.

former IPFT president NC Debbarma on Tuesday a meeting of the party’s central committee members and announced the election process that elected the new committee headed by his successor Mevar Kumar Jamatia full of inconsistencies.

With respect, Debbarma was given the post of the advisory committee chairman. But, within months Debbarma revolted against the present state committee.

It is worthy to be mentioned here that on April 3 last, the election was conducted for the formation of the new state committee. Mevar Kumar Jamatia who was the general secretary of IPFT defeated Debbarma to take over the reins of the party.

Reacting sharply to the issue, IPFT president Mevar Kumar Jamatia said the whole election process was conducted in the presence of Debbarma and he did not raise any objection to it.

“Central committee members of all the 34 divisions voted to elect the new president. At the age of 85, if he feels to break the party just to retain his position, it is very unfortunate”, said Jamatia.

The IPFT has suffered successive setbacks after the formation of the government and the rise of royal scion Pradyot Kishore Debbarman led TIPRA caused massive erosion in its support base. However, it is yet to be seen how the party overcomes the clouds of a possible split hovering over it.